History of the Cessna 170

Picture this: it’s February 1948, and you just picked up the latest edition of Flying magazine (in which AOPA Pilot was published as a special section until 1958) and you read: “The big news in the way of completely new aircraft at Cessna this year is the Model 170, a four-place plane powered by a 145 horsepower Continental engine. Selling at $5,475, this new 170 is the low-cost four-placer to complete Cessna’s full line.” 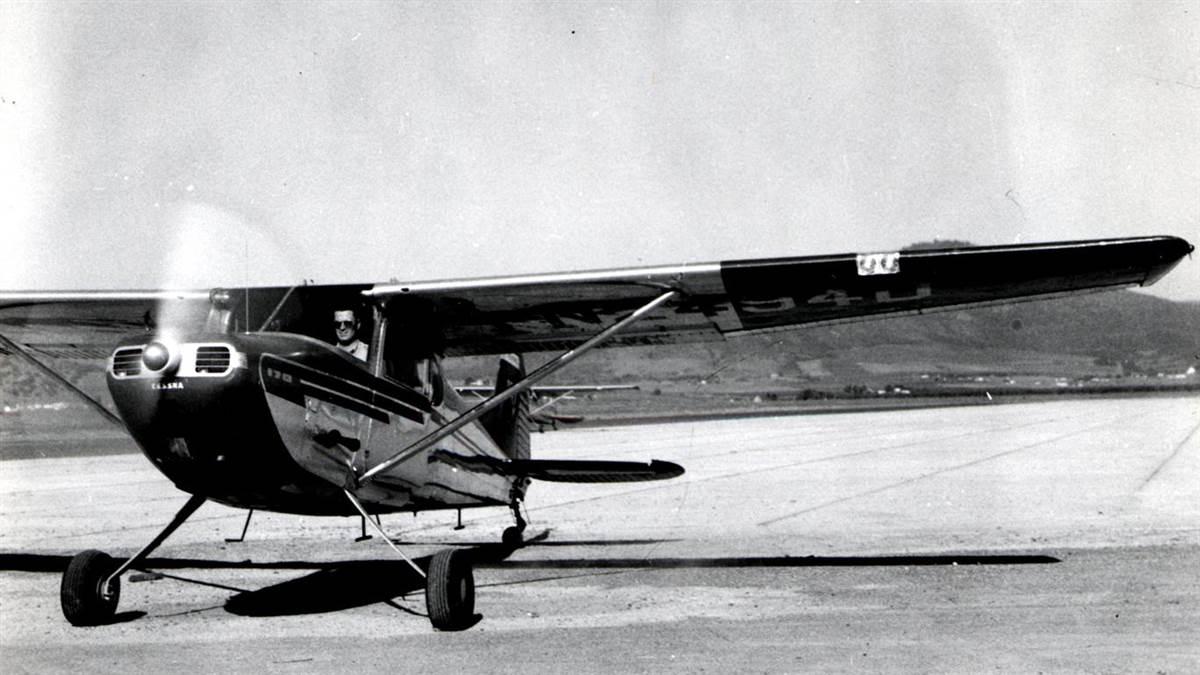 No purchase or contribution necessary to enter or win. Void where prohibited. Ends 11:59 PM ET on 12/29/23. Grand Prize winner must be certificated by the U.S. FAA as of 12/29/23. For complete details/eligibility requirements/rules, visit aopa.org/sweeps. Sponsor: AOPA

What a time to be alive. Aside from a new airplane selling for under $6,000, this was also years before Cessna 172s crisscrossed across every airport ramp. Tailwheel flying was the norm, and every manufacturer was racing to produce the best taildragger money could buy.

The original Cessna 170, affectionately referred to as the ragwing, first rolled off the assembly line in Wichita, Kansas, in February 1948. The airplane did not have a dorsal fin, featured fabric-covered V-strutted wings, and housed three Cessna 140 fuel tanks to accommodate 33.5 gallons of fuel. Cessna built 714 of these 170s before introducing the 170A in 1948.

The 170A, referred to as the straight wing, featured a dorsal fin from the Cessna 195, a metal wing with square tips, single wing struts, and two 21-gallon tanks. A-model flaps are also larger than the straight 170’s and can extend an extra 20 degrees.

In 1952, Cessna introduced the most popular variant of the 170, the 170B. The most notable change from the 170/170A models is the “Para-lift” wings, a term coined by Cessna. These barn door flaps are large, slotted, semi-Fowler designs that were originally used on military observation aircraft such as Cessna’s L–19 Bird Dog. Original Cessna 170B flaps have four settings: 0, 20, 30, and 40 degrees. In 1955 Cessna added a 10-degree flap setting.

In addition to three more degrees of dihedral, 170B wings have more twist than the preceding models. The B models are also noticeably lighter on the controls thanks to control balance weights.

With the introduction of the highly capable Cessna 180 in 1953 and the all-new tricycle-gear Cessna 172 in 1956, Cessna 170s soon became old news. With 1,100 Cessna 172s being purchased in the first year alone, Cessna only continued to produce the 170B until it ran out of parts. The last B models to roll off Cessna’s assembly line featured a square rear window unlike the rounded window of the earlier models.

In 66 years since a Cessna 170 was produced, fewer than half of the original 5,136 airplanes grace our friendly skies. The majority have been lost in simple accidents like ground loops and hard landings.

Although only a couple thousand of these airplanes are currently flying (including the AOPA Sweepstakes aircraft, a 1953 Cessna 170B), it is still a fan-favorite among many pilots for their relatively affordable entry price, low maintenance cost, ability to carry up to three passengers, and for their relatively simple handling characteristics.