The Sunshine State delivered for pilots attending The Hangout: an AOPA Fly-In at Tampa Executive Airport in Florida. Warm fall weather and bright blue skies welcomed more than 1,200 AOPA members and aviation enthusiasts on November 4 and 5. 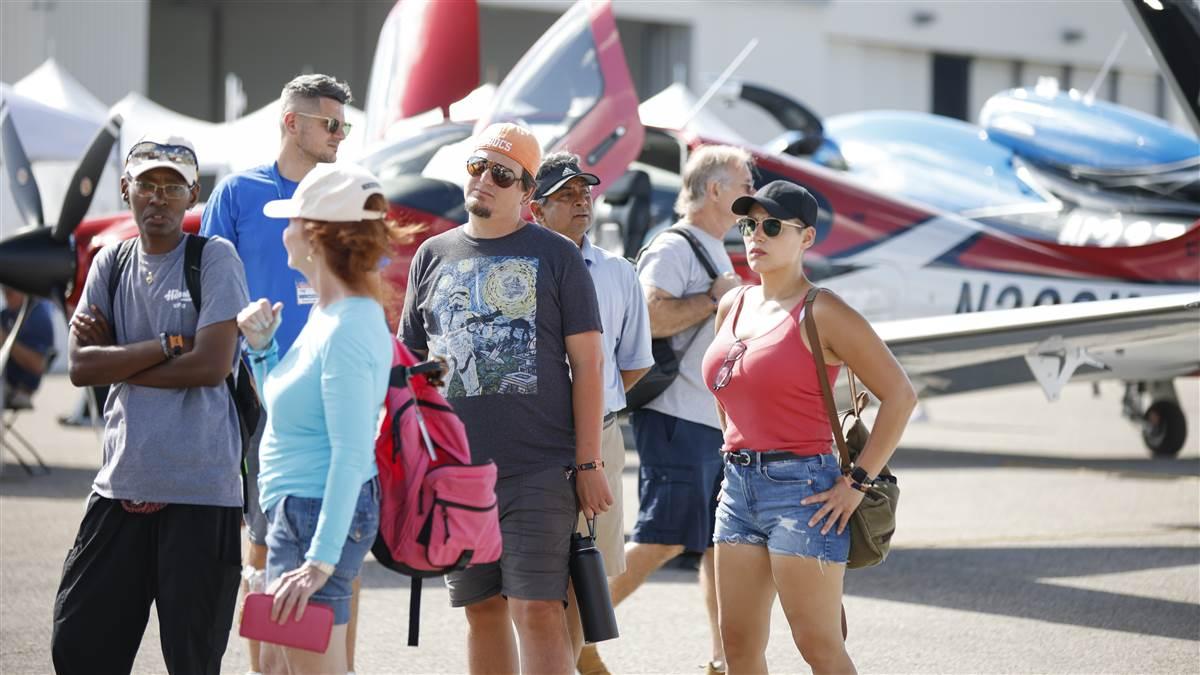 The Hangout featured a wide variety of activities, including short-takeoff-and-landing demos each day; industry and safety seminars; nearly 50 exhibitors; and aviation movies each night; including Top Gun: Maverick and Speed & Angels, all included as part of the admission fee. The event also included an expansive 39 Lounge, which provided plenty of seating and shelter for pilots to hang out and socialize throughout the day and evening. Food trucks, a bar, fire pits, and a live band helped create a welcoming environment.

The exhibit area included festival-style tents for exhibits, including engine and avionics manufacturers, flying clubs and flight schools, and a host of aviation service providers. The static display included aircraft from Cirrus, Evektor, Vashon, Icon, and Daher, among others, plus a variety of airplanes from Premier Aircraft Sales and Van Bortel Aircraft.

“Our goal was to provide a relaxed and welcoming event where pilots can learn new safety techniques, examine new products, and simply hang out with one another,” said Elizabeth O’Connell, AOPA’s director of events. “An important element was to incorporate aircraft camping into the event. We wanted camping to be close to show center and convenient for those who want to pitch a tent under a wing.” Pilots camped with 64 airplanes in Tampa. In all, 170 aircraft flew into the event.

Thomas B. Haines is the former editor in chief of AOPA.

DID YOU KNOW?
86% of all GA aircraft in the United States are owned by AOPA members.