Get the app Get the app
Get the latest news on coronavirus impacts on general aviation, including what AOPA is doing to protect GA, event cancellations, advice for pilots to protect themselves, and more. Read More
Already a member? Please login below for an enhanced experience. Not a member? Join today
Training & Safety Active Pilots Pilot Safety and Technique Resources Operations Technically Advanced Airplanes 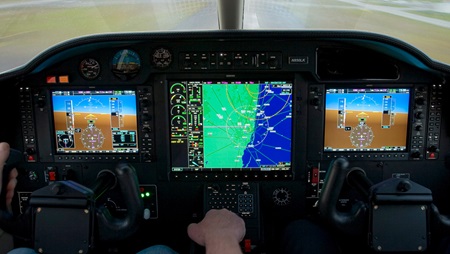 The term technically advanced airplane (TAA) has been in the aviation lexicon for several years. Even if you’ve never flown in one, you probably know that it involves electronic flight instrument systems (“glass”) as opposed to traditional analog (“steam” or “six pack”) gauges. The FAA originally described a TAA as an aircraft equipped with at least a “moving-map display, an IFR-approved GPS navigator, and an autopilot.” However, in the summer of 2018, the FAA specifically defined the term technically advanced airplane in the federal aviation regulations (61.129(j)). Combined with a change to the requirements for commercial pilot training, this change gives career-bound pilots access to more—potentially more modern, and less expensive—options for training aircraft.

According to FAR 61.1, a TAA is an airplane equipped with an electronically advanced avionics system. To further define what electronic display equipment is required in a TAA the FAA also created 61.129(j):

This definition does not specify from what source the PFD and MFD get their information, nor does it require the PFD and MFD to be separate physical units; they can be on a split-screen display or two independent screens within a single physical unit. However, a PFD typically includes the use of an attitude and heading reference system (AHRS), and the MFD facilitates GPS course navigation and moving map information. The autopilot may be integrated with the MFD, but it  must be able to track a selected heading or course and hold a selected altitude, all displayed on the PFD and MFD. The definition is designed to be flexible to accommodate future technologies not yet developed or foreseen.

How can this new definition of TAA help you become a commercial pilot? Prior to the summer of 2018, if you wanted to obtain a commercial pilot certificate with a single-engine class rating, you needed (in addition to many other requirements under 61.129) 10 hours of training in an airplane that had retractable landing gear, flaps, and a controllable pitch propeller, or was turbine-powered. For an applicant seeking a single-engine seaplane rating, you needed 10 hours of training in a seaplane that had flaps and a controllable pitch propeller. 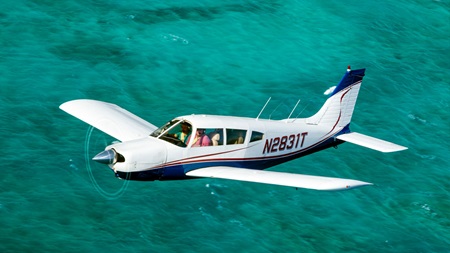 Essentially, you needed 10 hours in a complex airplane (land or sea, depending on the class of airplane you intend to take the practical exam in). You also had the option to complete all or some of those 10 hours in a turbine-powered airplane.

However, increasing use of electronic flight instrument systems (“glass”) in general aviation, higher costs to operate and maintain general aviation aircraft with a retractable landing gear, and a reduction in the number of new general aviation aircraft models with retractable landing gear resulted in momentum to allow the use of TAA as a training option toward a commercial pilot certificate. FAR 61.129 now requires commercial pilot applicants for a single-engine airplane rating to log, among other requirements, “20 hours of training on the areas of operation listed in §61.127(b)(1) of this part that includes at least … 10 hours of training in a complex airplane, a turbine-powered airplane, or a technically advanced airplane (TAA) that meets the requirements of paragraph (j) of this section, or any combination thereof. The airplane must be appropriate to land or sea for the rating sought.

So, what does all of this mean?