A deal between the FAA and the city of Santa Monica, California, became official Feb. 1 when the Honorable John F. Walter of the U.S. District Court for the Central District of California signed a detailed stipulation and order/consent decree that requires the city to keep Santa Monica Municipal Airport open and operating with reasonable services until Dec. 31, 2028, upon which time it has the option to close the facility. 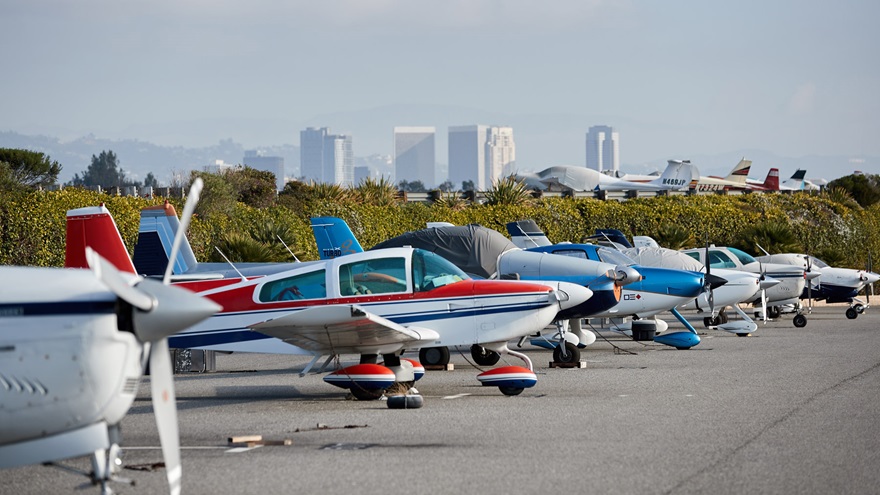 The agreement has upset many on both sides of the battle over Santa Monica airport.

“We’re not going to stop fighting for Santa Monica,” vowed AOPA President Mark Baker. “This gives us some certainty that it’s not going to close tomorrow, or next month, or next year. Now we have time to change minds and make sure this airport continues to operate as it should.”

“There’s an extended period of time for the market to adjust,” said FAA Administrator Michael Huerta in an exclusive interview with AOPA, “but frankly there’s also a period of time for the industry, for the city, and the aviation community in Southern California to perhaps think about alternatives that might be out there as well.” Huerta suggested that the aviation community consider presenting alternatives to closing the airport to the city during the interim.

“Twelve years is a long time and it does provide, I think, a framework for those discussions to take place,” Huerta said.

The settlement agreement allows the city of Santa Monica to shorten its 4,973-foot runway to an operational length of 3,500 feet after providing 30 days’ notice. The runway safety areas at both ends of the runway are not included in the 3,500 feet, but the agreement does not define the length of those safety areas. The city will be responsible for the cost of shortening the runway but can still apply for federal funds through the FAA, as other airport operators can.

The city can either provide airport services itself, such as fuel sales, or enter leases with tenants to provide those services. If the city offers leases to tenants, they must have a three-year minimum, and all terms must be “reasonable” to those provided at other airports similar to Santa Monica. No hard limits were set on fuel prices or landing, ramp, or hangar or tiedown fees.

Huerta said the FAA would not get “in the business of setting prices,” explaining that “reasonable and customary business practices are what we’re going to be looking for in terms of how the city operates the airport there.” He encouraged airport users to talk to the city about prices and their needs because the city now has an incentive to operate the airport because it must remain open until the end of 2028.

The city and the FAA have engaged in litigation for more than three decades regarding the airport’s future, Huerta noted. The litigation surrounded two types of contracts the city of Santa Monica and the federal government had entered. One was a difference of views between the two entities as to when the contractual obligations for operating an airport after accepting federal funding expired. Federal grant assurances require that airports remain open and operating for 20 years after funds have been granted. The city of Santa Monica had received federal Airport Improvement Program funds in 1994 and then additional funds through an amendment to that grant in 2003. The point being contended was whether the 20-year period expired in 2014 or if it would remain in effect until 2023. The other point of litigation regarded whether the airport must be operated in perpetuity and is related to two contracts at the end of the 1940s, when the federal government stopped using the airport for military purposes after World War II.

The city and the FAA had been in negotiation since 2016, Huerta said, when the ninth Circuit Court of Appeals overturned a district court’s decision granting the FAA’s appeal to dismiss Santa Monica’s continued bids to close the airport. That unfavorable ruling for the federal government helped spur the agency to open discussions with the city.

Huerta said the parties had to negotiate the city’s rights to its land and the aeronautical obligations to the government while providing a level of certainty and extended operations for tenants at the airport.

“Land use is a local responsibility,” Huerta explained. “The FAA’s interest in this case and in dealing with any city or any state is really more a contractual matter. Are they complying with contracts they have entered into with the federal government?”

Contractual compliance with grant assurances had been the FAA’s interest when it issued a cease-and-desist order late last year after the city of Santa Monica issued eviction notices to Atlantic Aviation and American Flyers.

The settlement agreement resolves all pending disputes between the city and the FAA.

Settlement does not set a precedent

With many airport operators and the entire general aviation community following the Santa Monica case to determine what any decisions could mean for airports elsewhere, the settlement does not set a precedent, according to Huerta.

“It is an incredibly complicated situation, a very unique set of facts that relate to Santa Monica,” Huerta said.

Because of the settlement, the courts never ruled regarding federal surplus property being returned to cities, he said. Huerta also explained that the length of grant assurance obligations was never a question; Huerta clarified that the lawsuits over the grant assurances were based on a difference in opinion of the expiration date, not on the length of the obligations in general. He also said the agency would continue to ensure that airport operators comply with the contractual agreements they commit to when accepting federal funding.

“I don’t think it sets any precedent,” Huerta said.