Get the app Get the app
AOPA Members DO more LEARN more SAVE more - Get MORE out of being a pilot - CLICK HERE
News & Media Wx Watch: Bermuda Highs

It's been hazy, hot, and humid for days. High density altitudes have nearly doubled your calculated takeoff runs, and those of you flying fuel-injected airplanes are getting a workout on your hot-start procedures.

Web site of the month
Check out www.spc.noaa.gov for a great one-stop look at the convective situation. When the page opens, you'll see animated radar returns and the severe-thunderstorm-risk areas for the day. Mouse over the map's headers and you'll see the day's weather watches and warnings, plus archived storm reports for the previous day. Those interested in more in-depth weather data can click on one of the many links to the left of the page. I like to click on Convective Outlooks to get an idea of where the worst storms are forecast for the next three days. There's also a four- to eight-day severe-thunderstorm outlook. Just don't let the jargon in the forecast discussions put you off.

Tornadoes in terrain?
For years the general opinion was that rough terrain discouraged tornado formation. Or is it just that low population density in mountainous regions means fewer tornado reports? A study of supercells over eastern New York and western Massachusetts argues that terrain-channeled, low-level airflows help boost the kind of low-altitude wind shear that can initiate tornadoes. A paper by Lance Bosart, A. Seimon, K.D. LaPenta, and M.J. Dickinson in the American Meteorological Society's December 2006 issue of Weather and Forecasting documented a May 1995 tornado in the Great Barrington, Massachusetts, area. The authors found that Doppler radar observations confirmed that tornadoes were initiated shortly after cold outflows from an initial batch of storms ran into warm, unstable air moving through the terrain of the Hudson Valley.

It's been hazy, hot, and humid for days. High density altitudes have nearly doubled your calculated takeoff runs, and those of you flying fuel-injected airplanes are getting a workout on your hot-start procedures.

What's going on? If you're flying out of airports east of the Rockies, chances are that your weather is under the influence of a Bermuda high.

The Bermuda high is a huge dome of high pressure, with its center parked over the western North Atlantic Ocean — in the vicinity of Bermuda, hence the name. Air flowing clockwise around this huge major summer weather-maker sends southerly winds up the eastern half of the United States, bringing with them warm, moist tropical air. This represents the so-called back side of a high-pressure system.

The back side of any high-pressure system is famous for ushering in the kind of unstable air that can trigger thunderstorms. But the Bermuda high differs from garden-variety highs. It's so big that it can stay rooted in place, preventing any new weather systems, such as lows and frontal complexes, from making their usual west-to-east voyages across the United States. So it takes on a life of its own as a semipermanent feature of late-summer weather. In this, it's rather like the Icelandic low, which can park itself between Iceland and Greenland for long periods of time during the winter months.

When the Bermuda high prevails, expect mainly afternoon air mass thunderstorms. A good weather briefing will mention their likelihood, but if you're cruising along and notice growing cumulus buildups, you may be lucky enough to circumnavigate them. Of course, you'll need to stay well clear of any full-blown thunderstorms. This is best done by maintaining visual separation from the storms — or making a 180-degree turn if the buildups are oriented in lines.

Apart from the storms and the performance-robbing effects of high temperatures, the Bermuda high, like any big high-pressure system, also can affect in-flight visibility. That's because haze and smog are trapped beneath an inversion layer. Remember that a high-pressure system is a large, descending air mass. Its clockwise circulation spreads out from the center of the high, and sinks. As the sinking air mass travels downward it heats by compression. But the lowest levels of this sinking air mass sink faster than the layers above. This causes a "pileup" of air, the lower limit of which is distinguishable by the top of the haze layer. Nearly all of us have seen this tabletop-flat feature during our summer flights.

What you're seeing is what meteorologists call a "subsidence inversion." This inversion is caused by the pileup of warm air aloft settling onto a (relatively) cooler, lower level of air. Above this inversion layer, visibilities are unlimited. Below it, a brownish brew of pollution and stagnant air can reduce visibilities in haze, smog, and/or smoke to instrument meteorological conditions. The top of this haze layer can be as low as 5,000 feet, or as high as 10,000 feet. It seems that the longer the high pressure lingers, the higher the haze layer rises with each passing day.

Sometimes, depending on the Bermuda high's exact location, bands of thunderstorms can circulate around the southernmost fringes of the high's perimeter, be shunted north around the back side of the high, then ride into the eastern United States. Just where this sort of organized precipitation and thunderstorms comes ashore is another matter. If the Bermuda high is farther south or west of its classic position, then the storms will affect areas more to the west of the usual target areas (such as Texas and Mississippi). If the Bermuda high is farther to the east, then landfall is more likely to come in Florida or the Carolinas. Bermuda highs thrive during the hurricane season, and can affect hurricane tracks.

As this goes to press (it's June 27), I see a Bermuda high already in the works. A surface analysis chart on page 186 shows high pressure northeast of the Bahamas. The pressure patterns haven't yet become organized in the classic circular shape, but you can see the onshore flow all across the Gulf States. 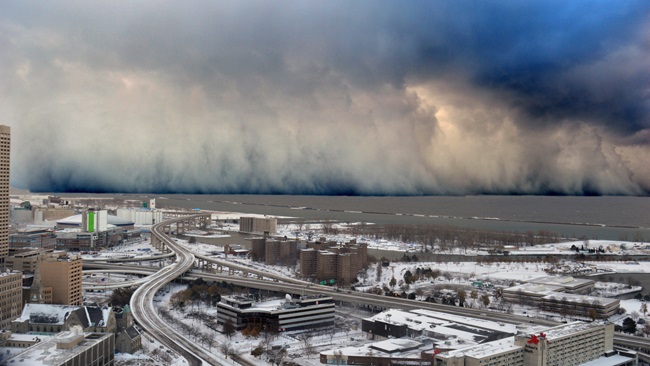 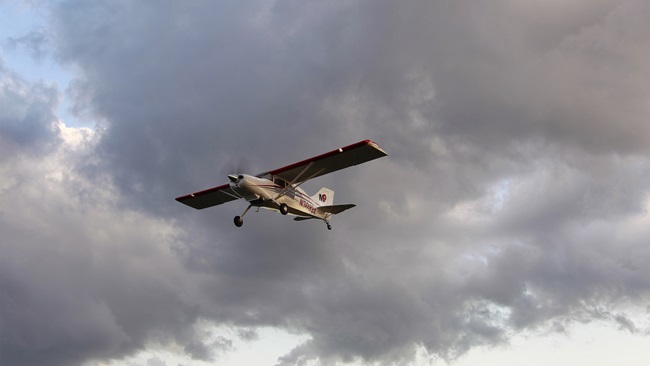