Get the app Get the app
News & Media Former Sen. Ted Stevens killed in Alaska crash 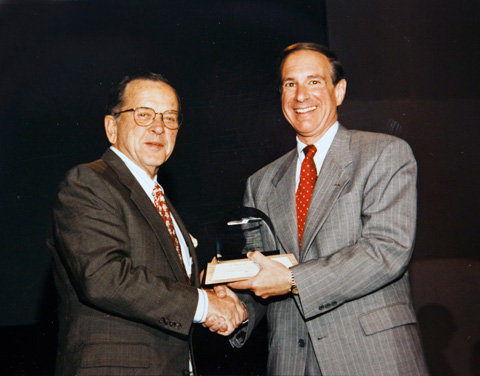 A DeHavilland DHC-3T crashed Aug. 9 near Dillingham, Alaska, killing former Sen. Ted Stevens. EADS North America CEO and former NASA Administrator Sean O’Keefe and his son, Kevin, were onboard and survived the accident, according to a company statement. Five of the nine people onboard, including pilot Theron "Terry" Smith, were killed. NTSB Chairman Deborah A.P. Hersman traveled to Alaska with a team of investigators.

"Our thoughts and prayers go out to all the victims of this terrible accident and their families," said AOPA President Craig Fuller.

The accident occurred about 8 p.m. Alaska Daylight Time, 10 miles northwest of Aleknagik, according to the NTSB. Poor weather hampered early efforts by the Alaska Air National Guard to reach the scene; however, media reports indicated that a handful of citizens in the area were assisting survivors at the crash site.

Stevens, 86, was a longtime AOPA member and decorated World War II pilot who received two flying crosses and two air medals for his service in the Army Air Corps. During his four decades of service as a U.S. Senator, he staunchly defended GA opposing user fees, voicing the importance of a robust flight service system for Alaskan pilots during FSS modernization, and supporting protection for airports, including backcountry strips, and airport funding.

“Senator Stevens demonstrated a profound understanding of the value of general aviation to Alaska and to the nation. He was quick to point out GA's unique ability to connect isolated communities across Alaska's vast distances, deliver vital resources and services, and generate economic value for businesses of all sizes,” said Fuller.

“He consistently advocated for the freedom to fly, and was quick to share his knowledge with others less familiar with GA.  His outspoken leadership on this issue will be sorely missed.”

AOPA honored Stevens in 1996 with the association’s prestigious Joseph B. “Doc” Hartranft Award for his defense against user fees. It is the association’s top government advocacy award. Stevens had offered a substitute to a user fee bill, calling for a comprehensive study of FAA financing. 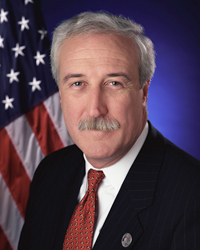 O’Keefe, 54, leads EADS North America in many different markets, including defense and homeland security, commercial aviation, helicopters, telecommunications, and services. He served as NASA’s tenth administrator from December 2001 to February 2005. O’Keefe spearheaded significant changes to the safety and management programs for the space shuttle after the tragic death of seven astronauts during the Space Shuttle Columbia’s re-entry to the Earth’s atmosphere in 2003. During O’Keefe’s time leading NASA, Cassini explored Saturn and its moons, the X-43A achieved hypersonic test flights, and two exploration rovers landed on Mars, according to the agency’s website.