Imagine it is 1942. Four radial engines growl as your giant Pan American Boeing 314 flying boat makes its way from San Francisco to Hawaii. 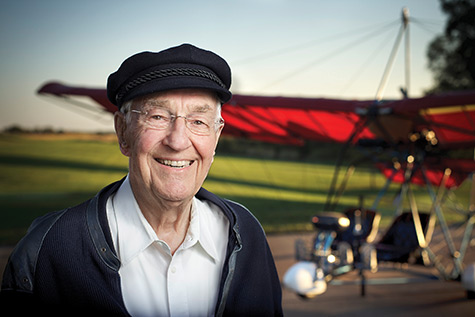 Imagine it is 1942. Four radial engines growl as your giant Pan American Boeing 314 flying boat makes its way from San Francisco to Hawaii. Twelve crewmembers are required for the 16-hour flight—18.5 hours if the winds are bad. You’re the first officer.

Somewhere below the flight deck an admiral relaxes in deluxe quarters, waiting for an elegant meal. There are no passenger seats on this cargo flight for the Naval Air Transport Service, but quarters for the crew are plush. Tonight’s flight is cargo, but sometimes there are emergency evacuations from Pacific islands as a result of the war.

A.J. Leftwich, known better as Jack or Lefty, piloted such flights from 1942 to 1945. Once he arrived in Hawaii there was a day or two off, then a flight in a Martin Mariner PBM–3R twin-engine flying boat to deliver supplies throughout the Pacific, starting with a 900-nm run to Palmyra Island Naval Air Station. 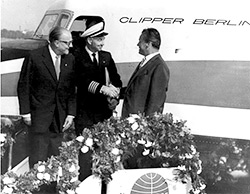 Leftwich continued flying for Pan American after the war, transitioning to the DC–6, ending his career in Germany flying inter-country routes. During that time pilots of the Soviet Union occasionally escorted him in a fighter if he deviated outside strict air corridors because of weather. A photo shows him shaking hands with then-Lord Mayor of Berlin Willy Brandt at the start of DC–6 service in 1961. He ended as captain of a Boeing 727.

Forced to retire at age 60, he later moved to McLouth, Kansas, near Kansas City, and bought a Cessna 172. In August 2010, he announced he was going to “hang it up” and celebrated his ninety-third birthday flying his 34-year-old grandson in a two-seat Quicksilver Sprint assembled by his son. He was noncommittal when asked if that was really his last flight.