Get the app Get the app
Already a member? Please login below for an enhanced experience. Not a member? Join today
News & Media ADS-B goes beyond radar in the Gulf

ADS-B goes beyond radar in the Gulf 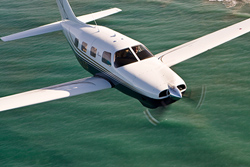 The latest deployment of a keystone technology for the NextGen Air Transportation System means that swaths of the Gulf of Mexico are no longer dead space on controllers’ radar screens.

The Gulf of Mexico does not have widespread radar coverage, but Automatic Dependent Surveillance-Broadcast (ADS-B) can reach areas not served by radar. Controllers at Houston Center began handling ADS-B-equipped traffic over the Gulf of Mexico Dec. 17, marking a step toward providing new capabilities throughout the National Airspace System. AOPA has been working with the FAA to help pilots reap the benefits of ADS-B for air traffic separation services, new weather information, and additional voice communications.

“The Gulf ADS-B operations demonstrate a key capability of expanding surveillance into what is currently a nonradar environment,” said AOPA Senior Director of Airspace and Modernization Heidi Williams. “AOPA has continued to push the FAA—most recently through the RTCA Task Force 5 recommendations—to expand ADS-B beyond the existing radar footprint. This expansion can provide enhanced safety, added capacity and efficiency, and additional operational benefits for ATC and airspace users.”

In addition offering recommendations for establishing better access to small airports and nonradar areas in a recent NextGen task force, AOPA has been working with the FAA in other ways to ensure that general aviation pilots see a clear benefit from adopting ADS-B technology. The association entered into an agreement with the FAA to develop educational materials and reach out to the pilot community, and the two organizations are working to ensure ground stations will be included in the rollout of ADS-B so that pilots will have surveillance in nonradar areas.

At Houston Center, ADS-B surveillance information is combined with radar information to give controllers a better view of operations over the Gulf. Right now, ADS-B-equipped helicopters are the chief benefactors of the technology, but the number of aircraft equipped with ADS-B is expected to increase. The FAA has proposed a rule mandating ADS-B out equipage in controlled airspace by 2020.

The FAA will next focus on deployment of ADS-B in Philadelphia, Pa., and Juneau, Alaska. The agency has a goal of nationwide deployment by 2013.