Get the app Get the app
AOPA Members DO more LEARN more SAVE more - Get MORE out of being a pilot - CLICK HERE
News & Media ADS-B: The next 10 years 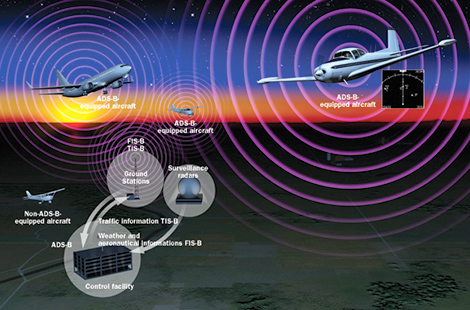 It costs thousands of dollars and provides little to no safety benefit, and you couldn’t buy one today if you wanted to. But you’ll need an Automatic Dependent Surveillance-Broadcast Out (ADS-B Out) unit in your aircraft by 2020 to continue to operate in airspace that currently requires a Mode C transponder.

The FAA’s final rule setting a deadline for ADS-B Out equipage, released May 27, estimates the cost of equipage for general aviation to be anywhere from six to 22 times the benefits GA will reap. AOPA is pressing the FAA to close that gap by increasing the benefits and lowering the cost for GA. ( See AOPA’s brief on the subject of ADS-B.)

In its proposal, the FAA estimated that the total cost to equip GA aircraft with ADS-B Out from 2012 through 2035 would range from $1.2 billion to about $4.5 billion. The final rule estimates the benefits of this equipage to be up to $200 million but justifies the disproportionate expense as necessary for advancing NextGen airspace modernization.

NextGen, or the Next Generation air transportation system, encompasses the transition from ground-based to satellite-based navigation and surveillance. Using satellite technology, ADS-B Out will reduce separation standards for aircraft and is expected to enhance capacity and reduce delays for airline service; for GA aircraft that don’t frequent the nation’s busiest airports, it simply replicates the function of a transponder.

AOPA continues to argue that the cost must come down to encourage GA pilots to equip. The ADS-B Out units required in the rule have performance standards that may be overly stringent for normal general aviation operations; it could cost an individual aircraft owner $8,000 to equip.

“AOPA continues to push the FAA to consider low-cost alternatives that would be applicable to flight,” said AOPA Vice President of Operations and International Affairs Craig Spence. “Low-cost units would allow controllers to see each aircraft’s GPS-derived position on their screens without imposing such a burden on aircraft owners.”

The final rule adopts one of the association’s recommendations for reducing the cost—eliminating a proposed requirement for a dual antenna—but rejects calls for financial assistance to help aircraft owners get the technology. The association has also argued that ADS-B Out should be a replacement for transponders so that pilots would not have to pay for and maintain both systems; the FAA rejects this recommendation in the short term but indicates it may in the future consider allowing transponders to be removed.