Get the app Get the app
Already a member? Please login below for an enhanced experience. Not a member? Join today
News & Media AOPA, GAMA talk with type clubs about avgas solutions 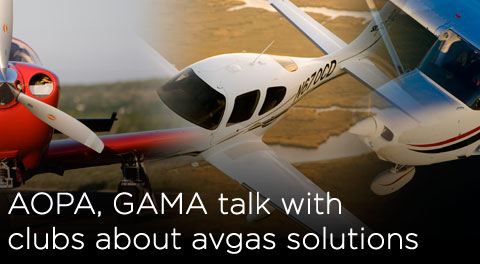 Now is the time to be looking at all avgas alternatives—not ruling any out—AOPA and the General Aviation Manufacturers Association explained to a coalition of type clubs representing aircraft with high-compression engines during a meeting in Dayton, Ohio, on June 19.

However, AOPA and GAMA pointed out that focusing on a single piece of the puzzle—octane—may not allow for the identification of the best possible and most viable alternative to 100LL and could leave them with a solution that is prohibitively expensive, worse for the environment than lead, or both.

“We had a comprehensive discussion on avgas related issues,” said Fuller. “And we agreed to work closely in the months and years ahead as an alternative is sought for today’s leaded fuel.

“I am encouraged that the type organizations are so focused on this issue,” he added. “Their full engagement is very important.”

Hackman and Desrosier are technical representatives to a broad coalition of aviation and petroleum industry groups that also includes the American Petroleum Institute (API), the Experimental Aircraft Association (EAA), the National Air Transportation Association (NATA), the National Business Aviation Association (NBAA), and the National Petrochemical and Refiners Association (NPRA) who are committed to working with the broad GA industry, FAA, and EPA to help achieve significant reductions in lead emissions from GA aircraft along a transition timeline which balances environmental benefit with aviation safety, technical feasibility, and economic impact upon the GA industry.

During a detailed four-hour briefing, Hackman and Desrosier recapped the thus-far unsuccessful 20-year effort to find a simple drop-in replacement for 100LL and tetra ethyl lead in avgas and outlined the numerous technical, safety, economic, environmental, and performance challenges to identifying, vetting, and introducing a viable alternative.