Get the app Get the app
Already a member? Please login below for an enhanced experience. Not a member? Join today
News & Media Coalition discusses avgas issue with aviation press 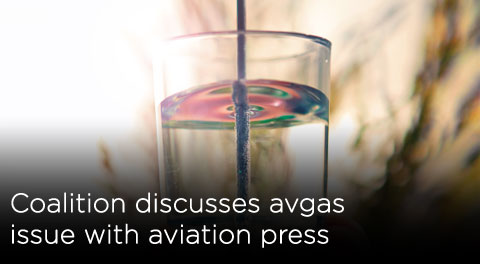 If I put it in my gas tank, will my engine run? It’s a natural first question for any pilot evaluating a potential 100LL replacement, and it’s tempting to view it as the litmus test. But the future of avgas isn’t so simple.

If it works in my engine, will it work in yours? An unleaded avgas must work across a wide spectrum of piston general aviation aircraft—a category that includes everything from J-3 Cubs to high-performance Bonanzas in climates as disparate as New Mexico and Alaska. It’s possible that two fuel types could each work for half the GA piston fleet, but the market simply wouldn’t be able to support them both. (All of piston-powered general aviation in America burns the amount of fuel in one year as the nation’s automobiles burn in one day.) The GA industry needs a comprehensive solution that will take into account the comments of all types of GA users and will address concerns about octane as well as cost, availability, ease of production, and environmental impact.

The coalition of avgas stakeholders laid out the complexities of the avgas issue—and the steps the group has taken to address them—in a Webinar briefing with the aviation press June 24. 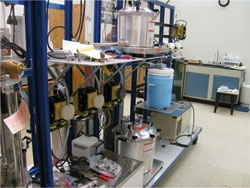 “It’s easy to look at the issue of finding an unleaded fuel too narrowly—as only an octane issue, for instance,” said AOPA Vice President of Regulatory Affairs Rob Hackman. “We need to address all of the challenges of an unleaded future, and briefings like this help us communicate what we’re doing and how we’re going to get there together.”

The coalition has identified several areas in which a fuel must pass muster in order for a fuel to be considered viable: safety and performance, aircraft and materials compatibility, environmental and health factors, fuel production and distribution, and cost impact. The group outlined its plans for the next decade or so in the Future Avgas Strategy and Transition Plan (FAST). The industry aims to reduce lead emissions in the near term while laying the foundation for the transition to unleaded fuel.