Get the app Get the app
Already a member? Please login below for an enhanced experience. Not a member? Join today
News & Media Comment extension grants time to act on avgas 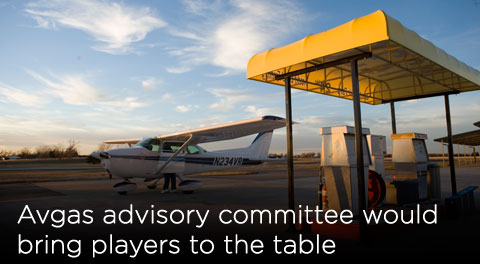 The Environmental Protection Agency (EPA) has granted a 60-day extension to the comment period for its advance notice of proposed rulemaking on lead emissions from piston aircraft.

The extension, requested by a coalition of avgas stakeholders, allows the group more time to gather data that will help it develop the criteria for evaluating fuels and a plan for easing the pain of transition; the groups had requested 120 days to evaluate new information that will not be available until early fall. The coalition is putting the extra time to good use: In just the past week, member organizations have met with type clubs representing aircraft with high-compression engines, called on the FAA to take a leadership role in the transition, reached out to key members of Congress on Capitol Hill, and briefed industry reporters on the many challenges ahead.

The industry groups that have banded together to confront the issue met with the office of the FAA Administrator June 23 to discuss the need to form a public-private partnership/structure to work on the issue.

“The general aviation community and petroleum industry together must move toward a future without lead in fuel,” said AOPA President Craig Fuller. “Right now there is no known solution, so we need to establish a process that considers all factors. To facilitate that, we need leadership from the FAA. We have a long road ahead of us, but I’m confident we can find a solution.” 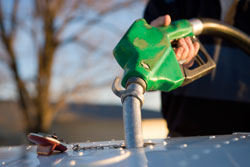 FAA leadership is needed to manage the many safety, technical,  logistical, and economic issues to ensure the best possible outcome for GA and fuel providers, the groups told the FAA. The FAA is responsible for the approval and certification of the products that use the fuel, so it is the agency in the best position to manage industry efforts, they added.

An FAA-led public-private group would also provide a forum for discussion that includes input from producers, handlers, and users of avgas.

“We can find a solution that works for all of piston-powered general aviation if we have all the stakeholders around the table,” said AOPA President Craig Fuller. “It’s an industry-wide problem, and it has to be an industry-wide solution.”