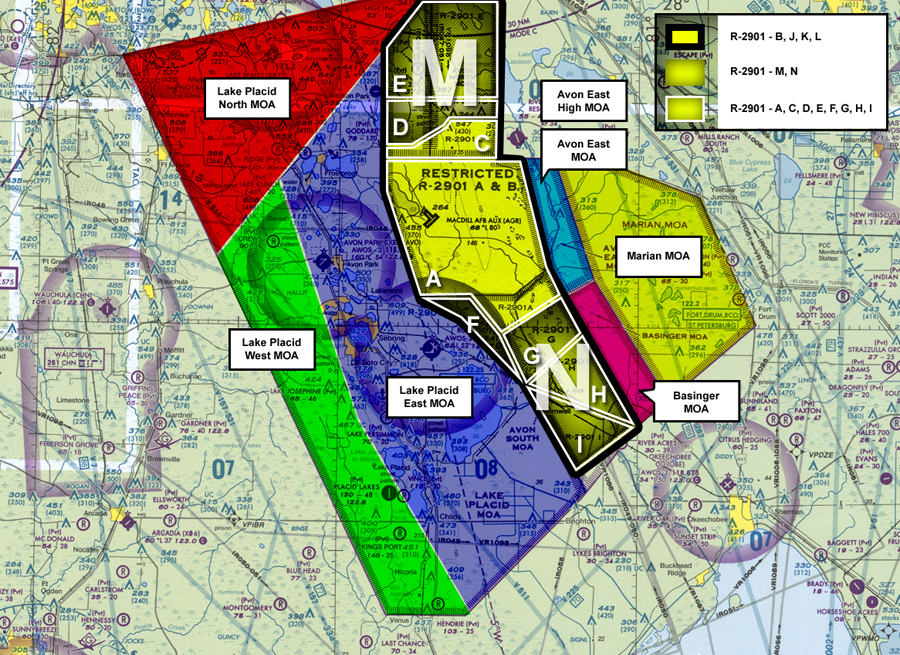 The FAA has finalized plans to amend special-use airspace over the Avon Park Air Force Range in central Florida.

The final rule subdivides the Lake Placid MOA into three separate areas, adds one sector above the existing Avon East MOA, and converts two MOAs to restricted areas. The changes represent a mixed bag for general aviation: On one hand, dividing the MOA into three will allow the military to activate only those sectors needed for a mission, leaving the other sectors open for use by the public; and there are no changes to the overall lateral dimensions of the complex. On the other hand, the new restricted areas and addition of an MOA will further limit GA operations in the area.

“AOPA has worked to educate the Air Force about the need for general aviation access to the Avon Park area,” said AOPA Manager of Air Traffic Services Tom Kramer. “With the subdivision of the Lake Placid MOA, GA pilots will have greater access through this busy airspace.”

The Lake Placid MOA will now be three MOAs: Lake Placid North, East, and West. Additional times of use will now include “other times by notam.” Avon East High MOA will be added from 14,000 feet msl up to but not including 18,000 feet msl above Avon East MOA. The Avon North and South MOAs will become Restricted Areas R-2901 M and N, respectively. Effective times of the Basinger and Marian MOAs will now include “other times by notam.” These changes take effect July 29 at 0901 Zulu.