Get the app Get the app
Already a member? Please login below for an enhanced experience. Not a member? Join today
News & Media Alaska high school gets helping hand 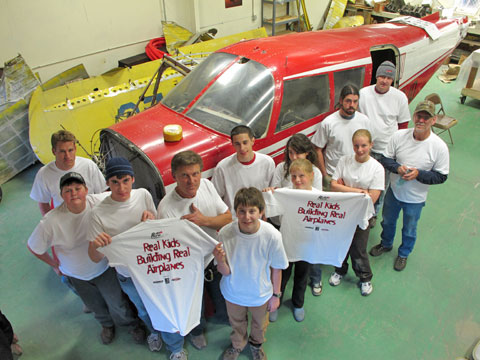 Talkeetna, Alaska—population 800—has turned out in force to support a project in which local high school students will combine classroom learning with hands-on work to refurbish a Piper Cherokee Six.

The students are working on the project through the nonprofit education organization Build a Plane.

Other contributions include $500 from the local chapter of The Ninety-Nines to purchase a private pilot ground school course for the local library, donations of hardware supplies needed for the restoration project, and use of a hangar to house the project.

“I’m very proud of what our little town has done to support these kids,” Fisher said. “Aviation is a big part of who we are here in Alaska and I think people see this Build a Plane project as an opportunity to give back to the community.”

Build a Plane has three other programs in Alaska—two in the villages of Hooper Bay and Chevak, and another in Anchorage.