Get the app Get the app
Already a member? Please login below for an enhanced experience. Not a member? Join today
News & Media FAA&rsquo;s Hughes Center adds Piper twin for fuel testing 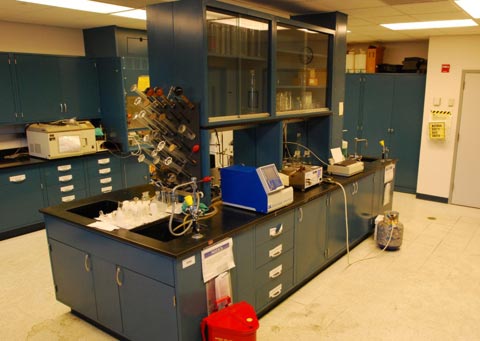 When the FAA’s NextGen Alternative Aviation Fuels Program, led by Dave Atwood, FAA program manager for fuels research at the William J. Hughes Technical Center, examines how unleaded fuel formulas measure up to the performance of 100LL, much of the testing takes place in the center’s New Jersey laboratories.

But you also need in-flight data, and that’s Armando Gaetano’s department. He manages the FAA’s R&D flight test program. When Atwood’s team completes the test-cell-based testing regimen for the avgas substitutes under development in the private sector, it will be Gaetano’s task to prepare the test aircraft, plan flight testing, and gather the data. Then it will be Atwood’s team who studies and summarizes the test data, reaches conclusions, and writes the reports. These reports will serve as reference for FAA certification officials as they evaluate fuels that may have significantly different composition and performance from today’s avgas.

A few months from now, a Piper PA-31-350 Chieftain purchased with funds from the sale of the center's former flight test aircraft, a Boeing 727-100, will make its initial research flight, becoming the newest tool in the industry-wide effort to develop an unleaded avgas to replace 100LL. The Tech Center’s Alternative Aviation Fuels Program, in cooperation with certification personnel and industry standard-setting bodies, is working with private fuel developers, testing their blends, and providing data on how they measure up to existing performance specifications. AOPA reported in August on the center’s role in testing one potential replacement for 100LL.

To keep members informed on research and planning for a safe, economical, and viable future fuel for GA., AOPA now publishes ePilot Special Report: Getting the Lead Out . (Click to subscribe and to read the Sept. 8 and Sept. 22 issues.) 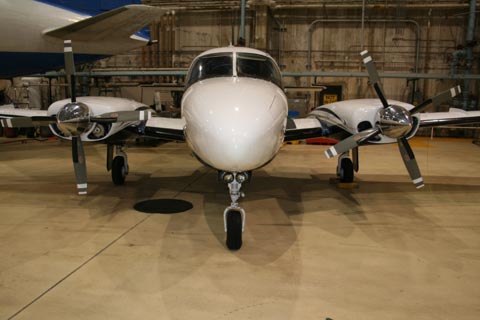 This PA-31-350 will be modified for airborne tests of unleaded avgas formulas beginning in spring 2011.

Why choose a Chieftain for the airborne research? The engines were a prime consideration. The Lycoming TIO-540-J engine has been shown to have very high octane needs—it’s Lycoming’s highest octane-demand engine, they said. That characteristic makes it a logical choice, because the big question is how to replace the high-octane performance of fuel containing tetraethyl lead, which also makes a fuel less prone to detonation.

The safety of two engines was also critical to the selection. Gaetano explained that after modifications, the Chieftain will have a test engine running on developmental fuel on one side, and a certified engine-and-fuel combination on the other. So, if something goes wrong, “We’ll still have one certified engine and fuel to get back on.”

Modifications await Atwood’s testing plan. And there are a lot of decisions still to make. It’s known that unleaded fuels typically don’t perform as well as leaded fuels of equal octane rating. “There is no fuel that’s been proposed that meets the current leaded-fuel certification in all its properties,” Atwood said. How any fuel will compare depends on the chemicals it contains.

Once the engines are ready, data-gathering sensors are in place, and ground testing is completed, in-flight data gathering will begin, possibly in March, Gaetano said.