Get the app Get the app
Already a member? Please login below for an enhanced experience. Not a member? Join today
News & Media House voices support for backcountry airstrips 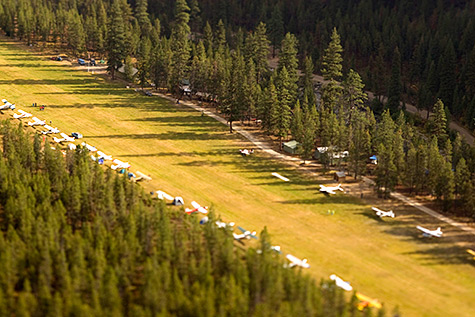 The House of Representatives on Sept. 15 passed a resolution expressing support for recreational aviation and backcountry airstrips, which serve a vital role for emergency flight operations, fire fighting, wildlife management, and tourism.

“Aviation has become as important to the modern West as horses were to the early explorers, trappers, and prospectors,” said Rehberg, a member of the GA Caucus. “There are too many benefits to backcountry strips to list them all. They enable search and rescue, fire management, research, disaster relief, and wildlife management. … They allow public access to some of the most beautiful, remote federal lands in America—regardless of one’s physical ability—and they serve as efficient access points for tourists, who in turn contribute to local economies and small businesses. I'm pleased that we were able to get this done.” 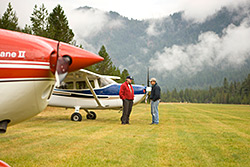 The resolution recognizes the value of backcountry airstrips to the general public, as well as their role in helping state economies by providing efficient access to recreational activities for visitors. As many pilots know, these valuable airstrips also serve as emergency landing sites and provide access to remote federal lands.

Ehlers reiterated the importance of these resources and the need to protect them. “Some are concerned about noise problems, but backcountry airstrips, and the small planes using them, are much quieter than alternatives such as helicopters and highways in dense wilderness areas,” he said.

“For some people, the only way to get to some of the most beautiful places in Idaho is by plane—in fact, in the summer one of the busiest airports in our state is a backcountry airstrip on the Middle Fork of the Salmon River,” said Simpson, who is Ranking Member of the House Appropriations subcommittee on interior and the environment.

Minnick said the airstrips are part of his state’s rugged heritage. “I have been fortunate to have flown into many of these airstrips in Idaho’s backcountry and I want future generations of Idahoans to enjoy them as well,” he added.

“Backcountry airstrips connect vast tracks of wilderness with the rest of the nation,” said AOPA President Craig Fuller. “They are vital to emergency, rescue, land management, and firefighting operations, and they often provide the only means of access to some of the nation’s most beautiful public lands. They deserve our protection, and AOPA is pleased that members of Congress recognize the value of keeping them open to the benefit of all Americans.”