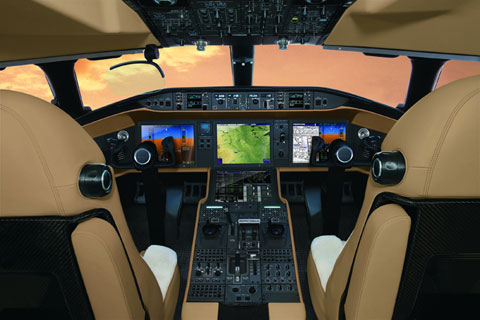 The flight crew need no longer look down to take in critical data from the Rockwell Collins Pro Line Fusion avionics system, thanks to the Vision Flight Deck. The head-up display is fully integrated with an avionics suite featuring four panel-mounted, 15-inch LCDs, and the head-up display can be customized to carry information that best suits an individual pilot. 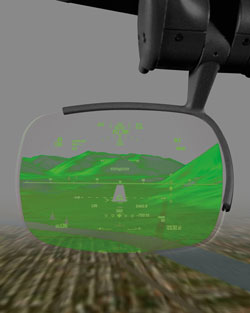 “The Vision Flight Deck is the realization of many years of efforts with our avionics partner Rockwell Collins and an industry first,” said Steve Ridolfi, president of Bombardier Business Aircraft, in a news release.

Lauda, a three-time Formula 1 world champion, founded Air Lauda in 1979; in 2003, he founded FlyNiki—currently the second largest airline in Austria. The Global 5000 jet is the latest in a series of Bombardier business aircraft that Lauda has owned and piloted, the company stated.