Get the app Get the app
AOPA will be closed July 4th, in observance of the Independence Day holiday. We will reopen at 8:30 am ET on Tuesday, July 5.
News & Media Curiosity, midway to Mars, adjusts course 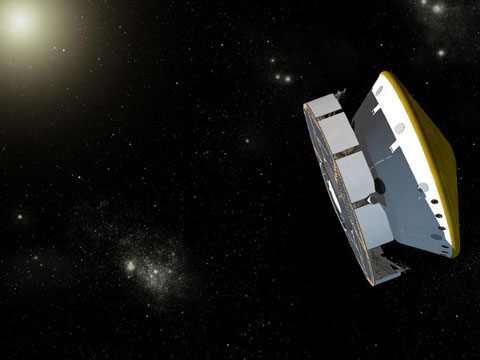 
The NASA Mars Science Laboratory rover Curiosity’s controllers executed a complex firing of thrusters to nudge the spacecraft back on course, just after passing the halfway mark of a 352-million-mile journey to Mars in late March. The maneuver, reported by NASA on March 26, was the second of six planned course corrections. The SUV-sized rover is scheduled to arrive in the early morning hours (Eastern time) on Aug. 6, after logging nearly 6,100 hours of cross-solar-system flight.

Staying on target is crucial, of course—a navigation challenge well beyond the precision required to complete a 352-nautical-mile cross-country. NASA described a coordinated firing of eight thrusters grouped in sets of four around a slowly rotating spacecraft in a recent Web update.

“The maneuver began with about three minutes of firing one thruster in each set to change velocity along the direction of the axis of rotation. Then, to push the spacecraft in a direction perpendicular to the axis, each set of thrusters was used for five-second pulses when the spacecraft's rotation put that set at the correct orientation. The maneuver used more than 60 of these pulses spaced about 10 seconds apart.

"The purpose is to put us on a trajectory to the point in the Mars atmosphere where we need to be for a safe and accurate landing," said Mau Wong, maneuver analyst at the Jet Propulsion Laboratory.

Curiosity is back on course, NASA reported. Prior to the adjustment, it was headed 3,000 miles (and 20 minutes flight time) away from the chosen atmospheric entry point.