Get the app Get the app
Already a member? Please login below for an enhanced experience. Not a member? Join today
News & Media Texas school flies into the future

Texas school flies into the future

Aviators of the future are learning to fly at two Texas airports where for-sale signs once hung in the windows of struggling businesses.

Mike Sykes, president of U.S. Aviation Academy of Denton and Hondo, Texas, said he didn’t have designs on becoming a flight-training entrepreneur when a family-run financial services, accounting, and payroll operation sold and he started looking for new opportunities.

But Sykes and business partners Mark Taylor and Roper Vaughan were pilots. Rather than retire, they went with what they knew and began sizing up local opportunities in aviation.

Neither of two enterprises they examined in Denton, a flight school and a repair shop, looked sustainable. But the men could see a future in taking a new direction with the flight school.

“We purchased the name and the airplanes, and off we went,” Sykes said in a phone interview.

Six years later, business is booming at U.S. Aviation, where airline pilots of the future make up 90 percent of the student body, and where the training fleet is on track to log 60,000 student flying hours based on first-quarter performance, Sykes said. That would be a 15.3-percent increase from the 52,000 hours flown in 2011.

Of those future airline professionals, 70 percent come to the school’s two Texas locations from China, under contracts forged with the country’s airlines. That work has transformed U.S. Aviation from a strictly flight-training operation to a company managing the housing and transportation needs of students as well. The training students receive includes about five weeks of intensive, practical English.

Asia growth is creating “a real demand for pilots,” but to date, Asian countries lack the training infrastructure to meet the need. That provides opportunities for aviation businesses in Texas, and confirms for Sykes the industry projections he reads of a coming pilot shortage that had been briefly forestalled by the change in retirement age of domestic airline pilots from 60 to 65.

Now an enterprise that started out with a fleet of a few Cessna 150s and 172s flies 77 aircraft ranging from two-seat trainers to a Beech C-90 King Air, and the number of employees has grown from “a couple dozen” to 175 as of last year, the company said in a recent news release.

Pilots with general aviation goals are welcome, and the company is working to establish programs with local colleges. Accredited programs are advantageous because they open good financing options for students, Sykes said.

The growing maintenance needs of a busy fleet led to expansion and diversification in that part of the business as well.

“Our activity has increased every year, and we hope to sustain that growth over the next five years,” Sykes said. 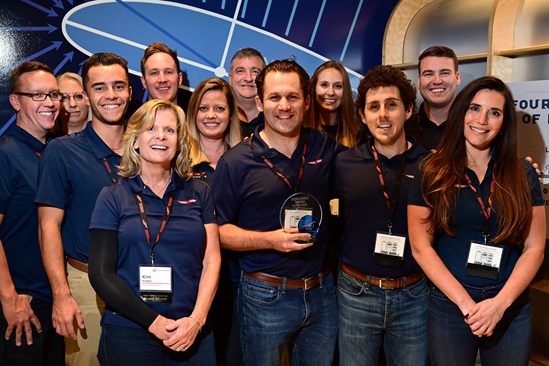