Get the app Get the app
Already a member? Please login below for an enhanced experience. Not a member? Join today
News & Media Glasair CEO steps down as new Chinese owner takes over

Glasair CEO steps down as new Chinese owner takes over 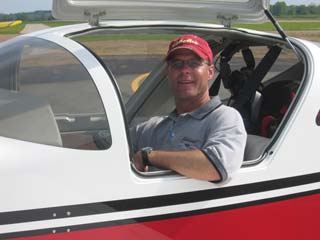 Mikael Via announced his departure from Glasair Aircraft Aug. 6 following discussions with the company’s new owner.

Executives have been promoted from within to replace Glasair Aviation President and CEO Mikael Via, who announced his resignation Aug. 6 from the company he has led since it was purchased from bankruptcy by Thomas Wathen in 2001.

Wathen recently sold the Arlington, Wash., company to Jilin Hanxing Group, with the new owners planning to certify the kitplane maker’s Sportsman line and introduce new products. Glasair is the first aviation firm that the Chinese conglomerate has purchased, but may not be the last.

Via pioneered a “Two weeks to taxi” builder education and assistance program that offers intensive coursework to guide owners through a two-week build, culminating with a taxi from the hangar.

“There is no doubt that this program is what kept Glasair alive” for the past four or five years, Via wrote in an email to AOPA Online. “But equally important, I personally believe that the concept itself is exceptional. … If more in the industry studied the program and adopted portions or versions of it, I believe you would see a resurgence in this market segment, as well as an increase in related aircraft safety.”

Via said programs offered by other manufacturers and private kit builders do not match Glasair’s education, component quality, and timetable.

Via said a series of conversations with Fang Tieji, chairman of the Chinese conglomerate that purchased Glasair, culminated in a decision that “it would be best for the company and myself if I moved on.” The new owner has promoted Nigel Mott, previously the vice president of operations, to president, and Scott Taylor was promoted from general manager to vice president of operations, Via said.

“It was a smooth handoff,” he added. “I believe the employees are excited about the possibilities and opportunities that Mr. Fang can bring. They already trust and respect Scott and Nigel so I think ‘operationally’ my departure will have minimal, direct impact on the employees.”