Get the app Get the app
Already a member? Please login below for an enhanced experience. Not a member? Join today
News & Media Veteran flies veteran on milestone mission 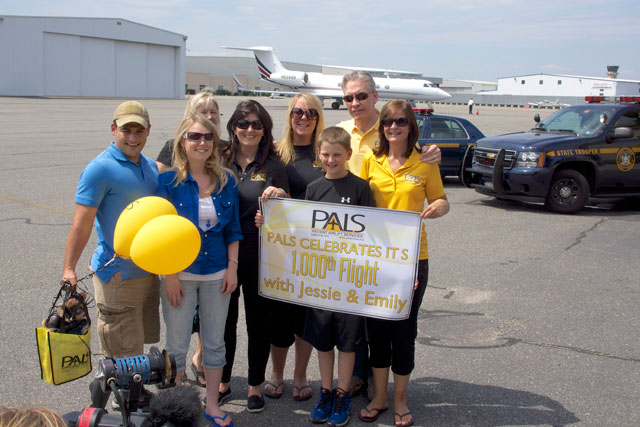 Don Catalano says the best days of his life are when he gets the chance to transport wounded warriors and other patients in his Piper Meridian as a volunteer pilot for Patient Airlift Services (PALS).

On July 28, when the organization’s flight schedule provided him an opportunity to transport a Marine corporal who had been severely injured in Afghanistan from Boston, Mass., to Baltimore, Md., Catalano—himself a veteran—promptly volunteered.

A few days later, PALS informed Catalano that his flight with Marine Cpl. Jessie Fletcher was the thousandth mission flown by the volunteer pilot network since the organization was founded in 2010 to coordinate free air transportation for patients requiring medical care, and other humanitarian missions.

“I was very honored to be involved with that,” he said in a phone interview. “It was a terrific honor.”

Purple Heart recipient Fletcher was returning from Boston to the Walter Reed National Military Medical Center in Bethesda, Md., where he is being cared for after suffering the loss of both legs and several fingers in an improvised explosive device attack on Oct.17, 2011.

Before Catalano knew that the mission marked a milestone for the charitable organization, he and PALS staffers had already resolved to make it a special flight for Fletcher—and he had noted its purpose in the remarks block of his flight plan. As a result, Fletcher heard himself greeted by name by several air traffic controllers. During a stopover at Catalano’s home base, Republic Airport in Farmingdale, N.Y., Fletcher found himself the object of a not-quite-impromptu catered reception—complete with fire trucks, banners, and balloons—at the airport.

Catalano, an Army Special Forces veteran who now works in commercial real estate, said he feels a special affinity for his military passengers. Using his piloting skills is his way of giving something back to those who have made extraordinary sacrifices.

“It’s perhaps the best days of my life when I fly one of these missions and get to directly help someone in true need,” he said when volunteering to fly for PALS. He now acts as a military liaison for the group. Catalano also flies volunteer missions for the Veterans Airlift Command, he said.

A 3,300-hour pilot who confides that he loathes “long drives,” Catalano said his resolve to learn to fly firmed up one long-ago day while driving past the picturesque general aviation airport in Laconia, N.H. He decided on the spot to start taking lessons once he returned home. 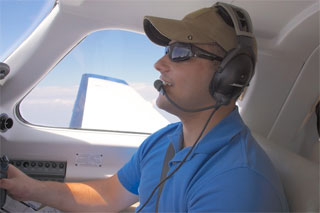 He followed up on his resolution.

“I knocked it out in about four months, just doggedly going after it,” he said.

About two years later, Catalano earned his instrument rating, and then bought his first airplane, a Mooney Ovation. He flew it 1,000 hours and calls it “a great airplane.”

In 2002 he upgraded to the single-engine turboprop Piper Meridian.

“Now that I had a cabin class plane, right away I started to get into charity work,” he said.

Catalano came to discover that the Meridian is a “solid performer” that provides fast, comfortable mission transport for a pilot, two passengers, and their baggage on flights of from 300 or 400 miles, he said. The aircraft is “happiest” in the twenty-thousands, so he typically files for flight levels 260 to 280 on flights longer than 250 nautical miles, registering true airspeeds of about 265 knots.

In a PALS pilot profile, Catalano expressed his commitment to flying volunteer missions, especially those that make life a little easier for seriously wounded members of the military.

“It’s perhaps the best days of my life when I fly one of these missions and get to directly help someone in true need,” he wrote. “Invariably the clients (patients, but I prefer to call them clients) inspire me.”

The feeling is evidently mutual. Fletcher (who sampled some informal stick time during the flight—and flew to ATP standards, Catalano says), expressed his appreciation for the work of PALS personnel, describing them in an organization news release as “humanity at its best.”