Get the app Get the app
Already a member? Please login below for an enhanced experience. Not a member? Join today
News & Media Tecnam ignites Paralympics 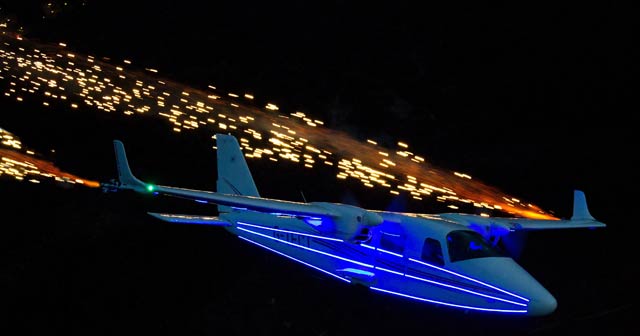 While the spotlight on aviation at the 2012 London Olympics was less about the helicopter circling overhead and more about who appeared to jump from it, general aviation was the star of the show at the start of the London 2012 Paralympics opening ceremony in London Aug. 29.

Lance Cpl. Dave Rawlins and Tim Orchard, Tecnam dealer for the United Kingdom, Ireland, and Iceland, kicked off the opening ceremony in a tricked-out Tecnam P2006T: LED strip lights lined the airframe and pyrotechnic dispensers were attached to its wingtips. The Tecnam, produced in Capua, Italy, had to be modified to meet EASA/UK Civil Aviation Authority requirements, and the aircraft had to be converted, flight tested, and certified with the lighting and pyrotechnic additions.

Rawlins, a British soldier injured in Afghanistan, earned his private pilot certificate last year and earned the honor of flying the Tecnam to open the Paralympics this year.

The prominence of the Tecnam in the opening ceremony drew attention from media around the world, showcasing GA in a positive light.