Get the app Get the app
AOPA will be closing at 1:45pm ET on Tuesday, December 6th. We will reopen Wednesday morning at 8:30am ET.
AOPA Members DO more LEARN more SAVE more - Get MORE out of being a pilot - CLICK HERE
News & Media Citation Ten makes first flight 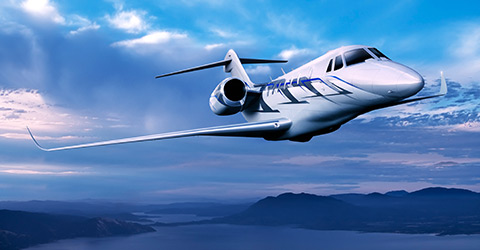 Cessna Aircraft Co. said that its new Citation Ten made its first flight, just 15 months after being announced at the 2010 National Business Aviation Association convention. The flight lasted more than two hours and included tests of stability and control, handling qualities, and functional operations. The latter involved checks of the autopilot and autothrottle system, engine operations, and avionics.

“All systems functioned as expected, including the Garmin G5000 avionics system,” said Michael Vogt, Cessna’s engineering test pilot who flew the Ten prototype. “We are looking forward to a successful flight test program and FAA certification.”

The Ten is an upgraded version of the Mach 0.92 Citation X, which it will replace. The Ten is 15 inches longer than the Citation X, can be configured to seat up to eleven passengers and two crew, and has Cessna’s new Clarity touchscreen-controlled cabin entertainment system.

The Ten also features two Rolls-Royce AE 3007C2 twin-shaft turbofan engines of 7,000 lbst each. This power should give the Ten a maximum cruise speed of 527 knots and a takeoff distance of 5,150 feet. The new engines’ fuel efficiency should allow for a maximum range of 3,242 nautical miles.

Cessna says the Ten is on track for certification in mid-2013, with first deliveries expected in the second half of 2013.