Get the app Get the app
AOPA will be closed July 4th, in observance of the Independence Day holiday. We will reopen at 8:30 am ET on Tuesday, July 5.
News & Media Cubs 2 Oshkosh deadline approaching 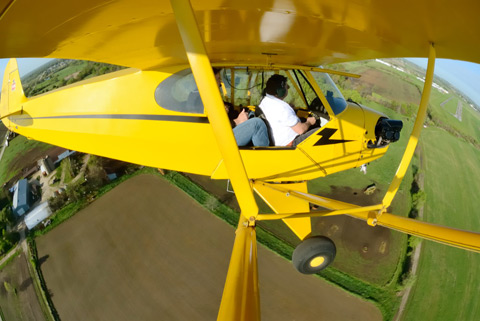 The registration deadline for Cubs 2 Oshkosh—the mass arrival of Piper Cubs at EAA AirVenture on July 22 to commemorate the iconic airplane’s seventy-fifth anniversary—is fast approaching. Organizers report firm registrations of more than 100 aircraft, although some 400 Cub owners have expressed interest by registering on the Cubs 2 Oshkosh website.

The flight to Oshkosh will depart early that morning from Hartford (Wis.) Municipal Airport.

Organizer Rick Rademacher, a passionate Cub owner and pilot who has flown to EAA AirVenture 15 times from his Urbana, Ohio, base, wanted to help celebrate the J-3’s seventy-fifth anniversary. After talking to staff at AirVenture, he and Steve Krog of the Hartford-based Cub Club volunteered to coordinate the initiative to create what EAA calls a “field of yellow” at the event. Plans call for the Cubs to have a special parking area near the Vintage Aircraft section.

“Registrations need to be received in Hartford by July 10,” said Dana Osmanski of the Cub Club, who is helping to coordinate the activities at Hartford. Registering for the Cubs 2 Oshkosh website does not sign up an aircraft for the event, she noted. A registration form on the website must be printed and completed, then faxed or scanned and emailed. “At this point it might be best to just call us to register,” she added.

Preparations for the event are coming together well, Osmanski said. “Now it’s kind of its own animal, and I’m just along for the ride at this point,” she said, laughing.

Scheduled activities include a Wisconsin-style fish fry on Friday night, and an awards banquet featuring a pig roast Saturday evening. Greatest distance flown; oldest and youngest Cub pilots; most hours in a Cub; newest Cub pilot; and other accomplishments will be recognized. Planned during the day Saturday are an antique tractor display, classic car show—and perhaps some Cub flying.

On Sunday morning, a flight of 75 Cubs will depart as a group for Oshkosh. “The rest will follow in flights of four,” Krog said. “It will look like a continuous mass arrival.”

In Hartford, Cub pilots are welcomed to camp on the field; a pancake breakfast will be served at the airport each day and lunch also will be available. Box lunches will be available for purchase Sunday morning for pilots who want to take some food with them on the flight to Wittman Regional Airport.

Pilots with questions are encouraged to visit the Cubs 2 Oshkosh website or to call the Cub Club at 262/966-7627.

Technical Editor
Mike Collins, AOPA technical editor and director of business development, died at age 59 on February 25, 2021. He was an integral part of the AOPA Media team for nearly 30 years, and held many key editorial roles at AOPA Pilot, Flight Training, and AOPA Online. He was a gifted writer, editor, photographer, audio storyteller, and videographer, and was an instrument-rated pilot and drone pilot.
Go to Mike Collins's Profile
Topics: EAA AirVenture, Events, Flying Club 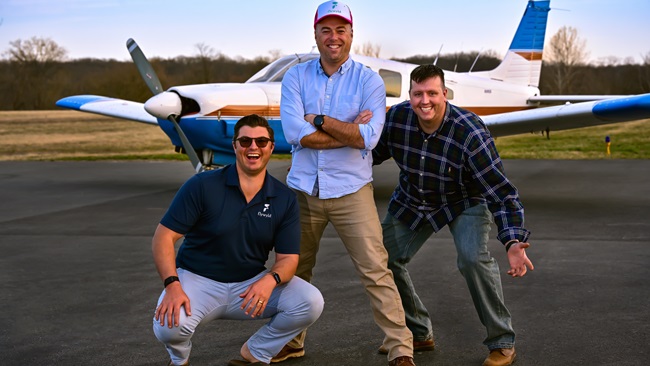