Get the app Get the app
AOPA will be closing at 2:30pm ET Wednesday, November 23rd, and will remain closed Thursday and Friday in observance of the Thanksgiving holiday. We will reopen Monday November 28th at 8:30am ET.
AOPA Members DO more LEARN more SAVE more - Get MORE out of being a pilot - CLICK HERE
News & Media Contract towers provide safety, jobs 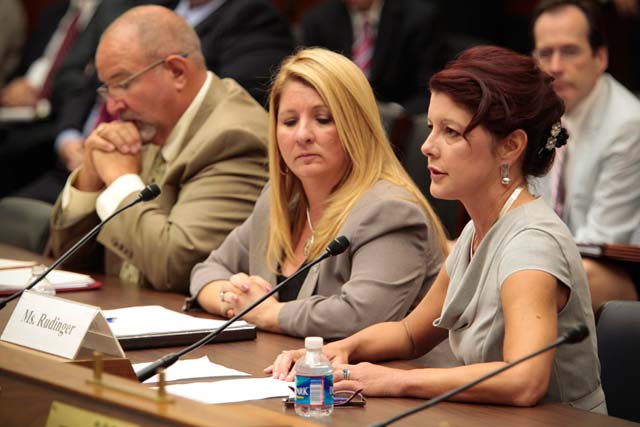 Congress should support one of the FAA’s most effective public-private partnerships by fully funding the program that operates 250 contract control towers in 46 states, AOPA said in testimony before a House subcommittee.

The Contract Tower Program enhances safety, and helps drive the economies of the communities its airports serve, said Melissa Rudinger, AOPA senior vice president of government affairs, in testimony before the House Committee on Transportation and Infrastructure’s subcommittee on aviation. The subcommittee, chaired by Rep. Tom Petri (R-Wis.) held a hearing to review the program’s cost effectiveness July 18.

“Maintaining funding for this program along with preserving current tower locations is vital to aviation safety and the economic viability of countless communities,” she said, urging full funding for the program in fiscal 2013.

Evidence of the “phenomenal cost-effectiveness of the Contract Control Tower Program” was found in budget statistics for fiscal year 2011 showing that the 246 towers in the program at that time handled 28 percent of all tower operations, but consumed only 14 percent of the FAA's control tower budget. In contrast, the 264 FAA-staffed towers handled 72 percent of operations while consuming 86 percent of the budget.

Based on those figures, the cost of operating a contract tower came to roughly one-third the cost of an FAA staffed tower, she said.

The contract towers have produced a “stellar safety record” equal to or better than FAA-run control towers, based on FAA audits and reviews by the Department of Transportation and the National Transportation Safety Board, she added.

Without the program—which provides service at 89 airports exclusively used by general aviation—numerous control towers that serve high-density airports with a wide variety of flight operations would be forced to close, she said.

In March 2012, AOPA and 11 other aviation organizations had rallied support for the program’s 2013 funding after reports said it had been targeted for “devastating” cuts by the Office of Management and Budget. The aviation community continues to broadly support the Contract Tower Program, noting the economic and safety benefits it has provided to the nation since 1982.

“Numerous studies have validated what we in General Aviation know to be true, that airports are economic engines for communities,” she said. “We also know that the establishment of an air traffic control tower drives even greater economic development through the creation of jobs, supporting the growth of the airport businesses and other benefits.”

Rudinger cited a study conducted in Virginia showing that wages paid for airport jobs averaged 40 percent higher than other employment. Each dollar spent by aviation or an aviation-dependent business “generates an additional $1.52 in economic activity.”

Dan Namowitz has been writing for AOPA in a variety of capacities since 1991. He has been a flight instructor since 1990 and is a 35-year AOPA member.
Go to Dan Namowitz's Profile
Topics: Advocacy, ATC, FAA Information and Services