Get the app Get the app
AOPA will be closed July 4th, in observance of the Independence Day holiday. We will reopen at 8:30 am ET on Tuesday, July 5.
News & Media NASA reporting progress on return to manned spaceflight 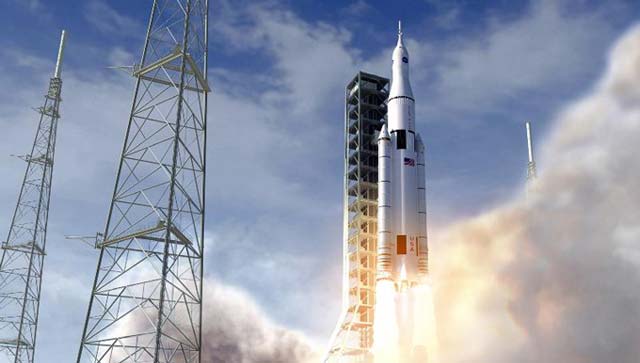 NASA is touting progress developing the next manned spaceflight vehicle, depicted here in an artist’s concept of what a Kennedy Space Center launch will look like. (NASA image)

Dropped from 25,000 feet, the first parachutes began to open 5,000 feet lower, and a carefully choreographed sequence of larger canopies unfolded to slow the hurtling craft to 25 feet per second by touchdown.

With this test, announced July 18, NASA marked another small step toward the nation’s return to manned spaceflight—this time, with an eye on more distant destinations. Journeys to asteroids and Mars are the mission for which Orion is designed, an updated version of the basic capsule design deployed for the Apollo moon landings. With the space shuttle retired, enthusiasts hungry for a new chapter will for now have to settle with videos like this one posted by NASA following the recent parachute test. 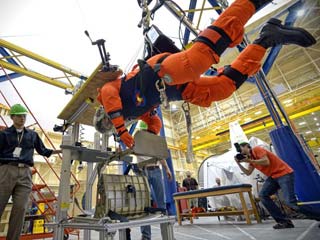 NASA is developing a new spacesuit for use on board the next wave of manned flights, as the Orion space capsule continues a development program that officials hope will enable flights to asteroids and Mars. Credit: NASA/Radislav Sinyak

With retired astronauts and others calling for a renewed focus on extra-terrestrial travel, NASA plans a 2014 orbital test flight of Orion, an unmanned flight that will mark the farthest from Earth (3,600 miles) any spacecraft has flown in 40 years.

Orion uses reefing lines to control the pace at which parachute canopies open, limiting the stress on each. The most recent test explored the effects of prematurely firing one of the pyrotechnic charges that cut the lines holding each parachute partially closed, ensuring the main canopies would hold up under greater strain.