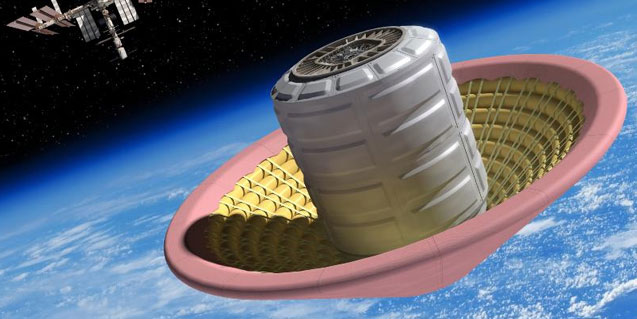 Both manned and unmanned missions of the future may be protected on a perilous journey through atmospheric entry—with all of the heat that creates—by what is, in essence, a balloon.

Willing to bet your life? 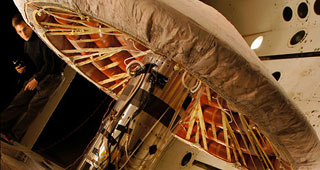 NASA engineers proved what might seem improbable with a July 23 test that sent a rocket to an altitude of 280 miles over the Atlantic Ocean, then blew up the mushroom-shaped balloon for a 7,600 mph reentry. Onboard cameras provided views to confirm the shield, made of layers of heat-resistant material inflated by nitrogen, held its shape, and withstood both blistering temperatures and a hypersonic slipstream. The 20-minute flight of the Inflatable Reentry Vehicle Experiment (IRVE-3) paves the way for future designs that will scale the concept up to a size that can protect cargo and manned missions returning from the International Space Station—along with more far-flung destinations.

"It's great to see the initial results indicate we had a successful test of the hypersonic inflatable aerodynamic decelerator," said James Reuther, deputy director of NASA's Space Technology Program, in a news release. "This demonstration flight goes a long way toward showing the value of these technologies to serve as atmospheric entry heat shields for future space."