Get the app Get the app
Get the latest news on coronavirus impacts on general aviation, including what AOPA is doing to protect GA, event cancellations, advice for pilots to protect themselves, and more. Read More
Already a member? Please login below for an enhanced experience. Not a member? Join today
News & Videos Piper pledges to remain in training market

Piper Aircraft CEO Simon Caldecott said the Vero Beach, Fla., firm is committed to building trainer aircraft in the future as it celebrates the seventy-fifth anniversary of its iconic J-3 Cub. 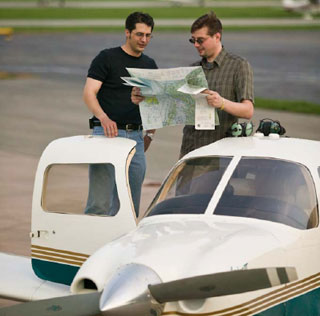 "It's important to recognize our heritage," Caldecott said. "We started building trainer aircraft, and we're going to continue."

Piper builds four-seat, single-engine, fixed-gear Warrior and Archer models and twin-engine Seminoles for domestic and international customers. More than half the new airplanes Piper built last year were exported, and Caldecott said he expects the same will be true this year. Piper delivered 76 new aircraft in the first half of this year for $69 million. The company also is spending more than $2 million this year in upgrades for its Vero Beach production facility.

Piper's single-engine "M class" series (Matrix, Malibu, and Meridian models) accounted for 43 of the company's 69 single-engine aircraft sales so far this year. The company also sold 17 new twins and plans a national tour of its Seneca V, a piston twin with a retail price of more than $900,000. The tour begins at EAA AirVenture in Oshkosh, Wis., and ends at AOPA Aviation Summit Oct. 11 through 13 in Palm Springs, Calif.