Get the app Get the app
Already a member? Please login below for an enhanced experience. Not a member? Join today
News & Media Cessna to move Skycatcher out of LSA category

Cessna to move Skycatcher out of LSA category 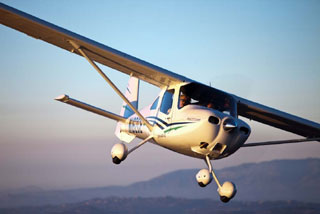 In a major strategy shift, Cessna Aircraft announced at EAA AirVenture that it was removing its 162 Skycatcher from the light sport aircraft category into a primary aircraft category. The manufacturer made the move to help speed up certification of the single-engine piston aircraft in Europe and the rest of the world.

The Wichita, Kan.-based manufacturer originally built the Skycatcher as its entry into the LSA category. The manufacturer had refunded deposits made by European customers while it worked on finding a solution to the certification problem.

Cessna will work with FAA to move the Skycatcher over to the primary category to handle type and production certification. In an effort to pave the way for a simpler validation effort in Europe (after receiving FAA approval), a Cessna/FAA team will apply certification specification (CS-LSA) rules from the European Aviation Safety Agency during the validation process.

"The Skycatcher will be transitioned into the primary category, and will continue to meet the definition of a light-sport aircraft," said Tracy Leopold, business leader for the Cessna 162. "The owner operator can continue to operate the aircraft with a sport pilot license. This makes the Skycatcher a more innovative aircraft for our customers."

Skycatcher deliveries in Europe are expected to begin in 2013, said Leopold.