Get the app Get the app
AOPA Members DO more LEARN more SAVE more - Get MORE out of being a pilot - CLICK HERE
News & Media Sally Ride: Astronaut, pathfinder, scientist dies at 61 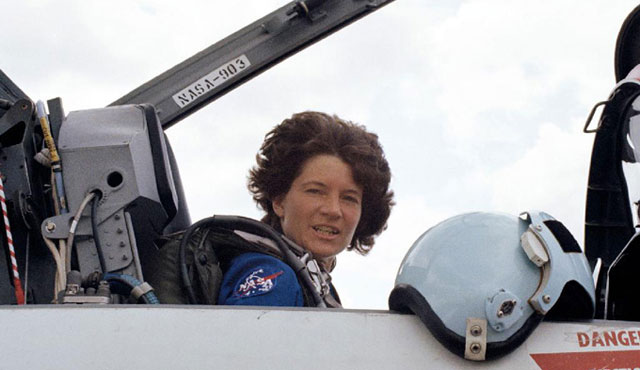 As a physicist, engineer, astronaut, and educator, Sally Kristen Ride blazed a trail and became an icon as the first American woman to fly in space.

Ride was mourned by the president, NASA, and a generation of young women and men inspired by her journey--among many contributions Ride made to space exploration—following word she had lost a 17-month battle with pancreatic cancer, an announcement made July 23 by her company, Sally Ride Science. She was 61.

Ride was one of six women chosen in 1978 for the first coed class of astronaut trainees, and later recalled that the June 18, 1983, flight aboard the Space Shuttle Challenger was a mission that carried extraordinary expectations that were difficult to appreciate at the time.

“On launch day, there was so much excitement and so much happening around us in crew quarters, even on the way to the launch pad,” Ride said in a 2008 NASA interview marking the twenty-fifth anniversary of the flight. “I didn’t really think about it that much at the time … but I came to appreciate what an honor it was to be selected to be the first to get a chance to go into space.”

President Barack Obama was among those who eulogized ride with an official statement: “Sally was a national hero and a powerful role model. She inspired generations of young girls to reach for the stars and later fought tirelessly to help them get there by advocating for a greater focus on science and math in our schools. Sally’s life showed us that there are no limits to what we can achieve and I have no doubt that her legacy will endure for years to come.”

Ride earned four degrees, including a doctorate in physics from Stanford University which she was completing in 1977 when she spotted an ad in the school paper recruiting NASA astronauts. Joining a class of 35 recruits chosen from a field of 8,000 applicants, Ride developed a passion for aviation during her flight training. According to her biography, flying became a hobby that she stuck with.

Ride was part of the team that developed the robotic arm that became a critical part of the Space Shuttle’s mission capabilities, used to launch and retrieve satellites. Ride was also the only person assigned to investigate both shuttle disasters, and remained a staunch advocate of space exploration, writing an influential report, “Leadership and America’s Future in Space,” and serving as the first director of NASA’s Office of Exploration.

Following a 1987 retirement from NASA, Ride became a science fellow at the Center for International Security and Arms Control at Stanford University. In 1989, Ride joined the faculty at the University of California San Diego as a physics professor and director of the California Space Institute. She founded Sally Ride Science in 2001 to continue a mission of inspiring youth to pursue careers in science, technology, engineering, and math, developing educational materials and teacher training programs.

Ride served on numerous commissions and boards, and received many honors for her public service. News of her death prompted scores of remembrances from those whom she inspired, and this statement from NASA Administrator Charles Bolden: "The nation has lost one of its finest leaders, teachers and explorers. Our thoughts and prayers are with Sally's family and the many she inspired. She will be missed, but her star will always shine brightly."