Rotax earns compliance standard for 912 iS 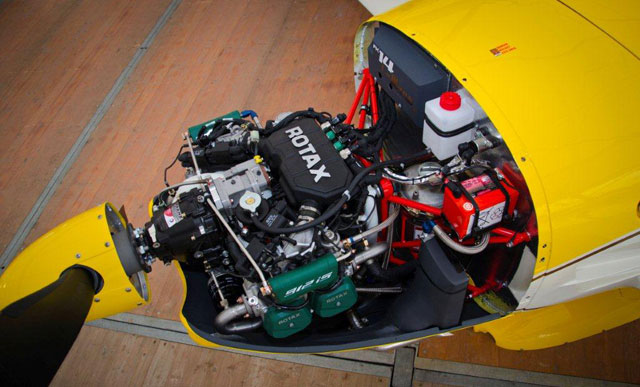 Rotax announced a new fuel-injected version of its popular 912 series engine earlier this year, and now that engine is ASTM compliant.

The 912 iS is a 100-horsepower, four-cylinder, four-stroke, liquid- and air-cooled engine for the experimental and light sport aircraft markets. According to Rotax, it has the highest power-to-weight ratio of any light aircraft engine on the market.

To optimize the fuel/air mixture at all altitudes, the company worked with Rockwell Collins to produce the electronic control unit, that company’s first foray into the light engine market. Since many of the base components of ECU technology can be scaled, the opportunity allows Rockwell Collins to move into other engines as opportunities arise.

More than 200 912 iS engines have already been built. The ASTM compliant standard allows the engine to be installed in more aircraft. Christian Mundigler, Rotax’s manager of aircraft engines, said Rotax engines are available in 88 percent of all light sport manufacturer aircraft.