Get the app Get the app
AOPA Members DO more LEARN more SAVE more - Get MORE out of being a pilot - CLICK HERE
News & Media Sensenich expanding experimental, LSA propeller line 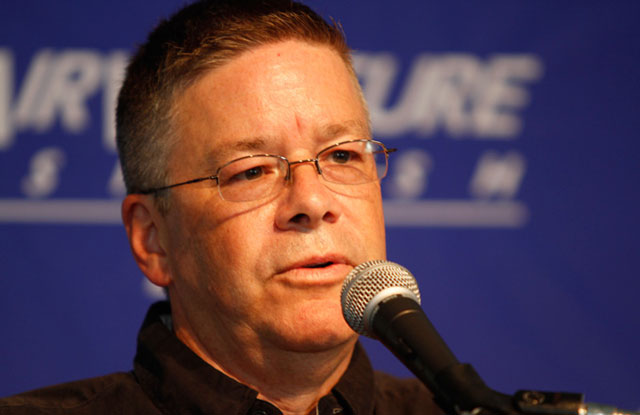 Sensenich President Donald Rowell said the company has several innovations planned for experimental and light sport aircraft, but no changes in mind for the certified market.

The ULPower UL350 and UL350is are among the new engines targeted for propeller development, along with Lycoming O-320 and O-360 engines for experimental aircraft including the Vans RV series.

The company, celebrating its eightieth year, has plans to roll out a quieter propeller with “winglet” tips that will also increase efficiency—welcome news to a general aviation market that has long sought noise reduction. 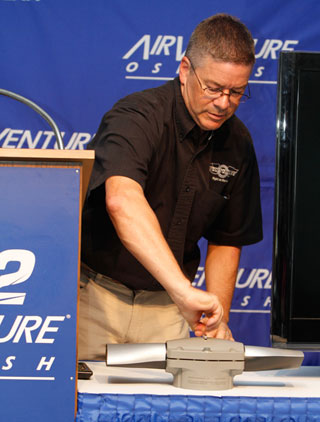 Sensenich President Donald Rowell demonstrates the pitch adjustment process of one of the company’s composite propellers designed for LSA and experimental aircraft.

“In the next two years you’ll probably see a propeller from us with a winglet on it,” Rowell said.

That new design will not be developed for the certified market, however. In general, extensive testing and documentation required under Part 23 make developing new products an expensive proposition—one that can drive retail prices beyond what the market will bear. It was a point that acting FAA Administrator Michael P. Huerta addressed in remarks delivered a half an hour before Rowell made his own appearance at EAA AirVenture in Oshkosh, Wis. Huerta said the FAA will continue to work to make the certification process more “efficient.”

Sensenich plans no significant changes to the all-metal propellers it has long produced for certified aircraft, Rowell said. The company is focusing its innovative energy on LSA and experimental aircraft, along with unmanned vehicles that now account for roughly 35 percent of the company’s business, Rowell said. Air boats, where new technologies are first tested by Sensenich, account for 15 percent of the company’s sales, with aviation accounting for the balance—about 60 percent.

“We actually do our innovation in the air boat market,” Rowell said.

The company has produced composite models with ground-adjustable pitch since 1994, when it rolled out a propeller designed for Rotax engines. Rowell demonstrated how replacement of a metal part in the hub can quickly lock the blades at a new angle, a process that requires less time than it takes to remove the spinner, he noted.

An AOPA reporter, at Rowell’s invitation, drew from a hat the name of the winner of a company promotion celebrating its eightieth year. Francis Oliveira of Lakeland, Fla., will get an 80-percent discount on a $980 purchase made between Sun ‘n Fun and the July 26 press conference—and drawing.