Get the app Get the app
Already a member? Please login below for an enhanced experience. Not a member? Join today
News & Media Passenger space pioneer cleared for supersonic tests 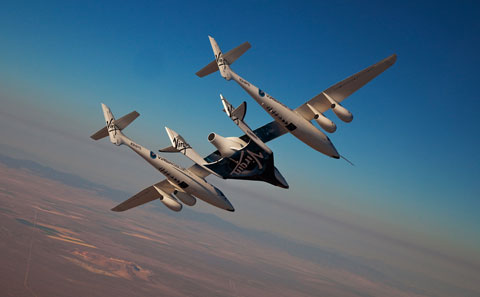 Scaled Composites has landed FAA permission to light the candle on SpaceShipTwo.

The pioneering spacecraft, designed for Virgin Galactic to carry well-heeled passengers into space, has completed 16 free flights, including three that tested its unique “feathering” system—a Burt Rutan design that allows the spacecraft to fold in flight to maximize drag and minimize friction heating on reentry. 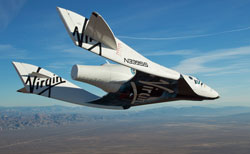 SpaceShipTwo is expected to begin powered flight tests late this year, igniting a rocket motor designed to push the craft to suborbital flight after being dropped from WhiteKnightTwo, an all-composite aircraft that carries the rocket-powered passenger vehicle to 50,000 feet for ignition.

The launch permit was among the first issued by the FAA Office of Commercial Space Transportation, and the first allowing a manned test, according to a company announcement.

Designed to carry six passengers and two pilots, SpaceShipTwo is based on SpaceShipOne, the Rutan design that won the $10 million Ansari X Prize in 2004 as the first private craft to carry a human into space.