Get the app Get the app
AOPA Members DO more LEARN more SAVE more - Get MORE out of being a pilot - CLICK HERE
News & Media NetJets orders new aircraft, deals total $9.6 billion 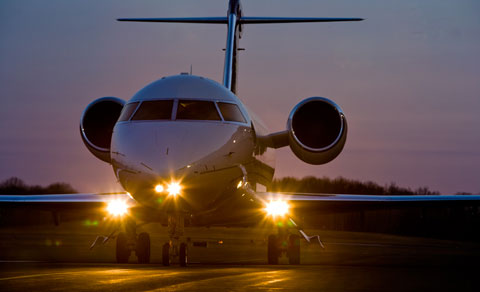 NetJets placed 25 firm orders and another 50 options on the Bombardier Challenger 605, part of a total order for up to 425 aircraft.


NetJets announced June 11 a set of deals with aircraft makers Bombardier and Cessna that will place up to 425 new aircraft in service over the next four years. The $9.6 billion deal, which includes 125 firm orders and 300 options, is a welcome boost to a long-suffering industry&mdash;all manufacturers combined delivered 703 business jets worldwide in 2011, according to General Aviation Manufacturers Association data.

NetJets, founded in 1964 and owned by Berkshire Hathaway, placed orders (firm orders and options) for 200 Bombardier Challenger 300 series jets, and 75 Challenger 605 models. Cessna will produce up to 150 Citation Latitudes, including firm orders for 25 of those aircraft.

Bombardier Global models and Embraer Phenoms will round out the fleet as NetJets follows a 10-year replacement cycle for its fleet of 725 aircraft, the company announced. The new models are part of a “signature” series, and NetJets participated in the design of these aircraft.