There were tough questions about whistleblowers and the delayed implementation of airline pilot fatigue rules, but even the most critical senators voiced support for acting Administrator Michael P. Huerta’s confirmation to a five-year term.

Huerta was nominated in March by President Barack Obama, and walked a fine line when questioned about user fees by Sen. Mark Begich (D-Alaska), who said the president’s proposed $100-per-flight fee for use of air traffic control services would be “burdensome” and create unnecessary bureaucracy, “another system that we don’t need.” 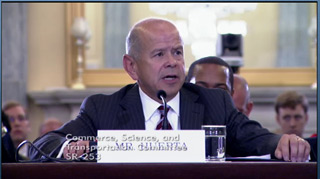 Acting Administrator Michael P. Huerta pledged the FAA would work with environmental regulators to ensure avgas is available until a feasible, and economical, alternative is developed.

Huerta noted that the proposal intended to find “better ways” to share the cost of operating the National Airspace System.

“The appropriators have not seen fit to act on that,” Huerta said, referring to Congress. “How we look at the long-term financing questions of the FAA is something that we need to do very much in consultation with Congress, and we look forward to continuing that conversation with you.”

Huerta took a stronger stance when questioned by Begich on avgas. The Alaska senator and General Aviation Caucus Co-Chair noted the critical importance of the issue in his state, which relies heavily on aviation to meet basic transportation needs.

“The FAA completely understands the importance of having reasonable alternatives before any effort is made to phase out avgas,” Huerta said. “I’m very committed to working with EPA so as to ensure that doesn’t happen.”

Begich pressed Huerta to make sure his definition of “reasonable” included “economical,” and Huerta said it “certainly” does.

Sen. Kay Bailey Hutchison (R-Texas) praised Huerta for a “seamless transition” after the December resignation of Randy Babbitt (who was later cleared of drunken-driving charges).

“I do think you have had a very good record in your time as acting and deputy,” Hutchison said, before pressing Huerta on cost-reduction. 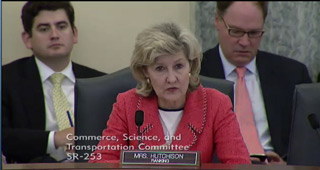 Sen. Jay Rockefeller (D-W.Va.), the committee chairman, mixed pointed questions with a declaration of support for Huerta’s confirmation. Rockefeller accused Huerta of saying one thing privately and another in public when it comes to implementation of new airline pilot training requirements, among the changes mandated by Congress in the wake of the 2009 crash of Colgan Air Flight 3407 in Buffalo, N.Y.

Huerta responded that making such rules is a complicated process and remains a “personal priority.” He added that it is most important to wind up with regulations that work and stand the test of time. While Rockefeller never seemed satisfied with the answers, “as you known, I support your candidacy,” he said.

With votes being taken on other matters, the committee suspended the confirmation hearing indefinitely, and it is unclear when Huerta’s confirmation will go to a vote. Senate staffers offered no definite answers, though they noted a vote might come within a week. Huerta, if approved by the committee, would join a line of about 150 administration appointments awaiting a vote by the full Senate.

AOPA President Craig Fuller congratulated Huerta when his nomination was announced in March, noting Huerta has a track record of listening to and working with the general aviation community.