Get the app Get the app
Already a member? Please login below for an enhanced experience. Not a member? Join today
News & Media Environmentalist-pilots no endangered species 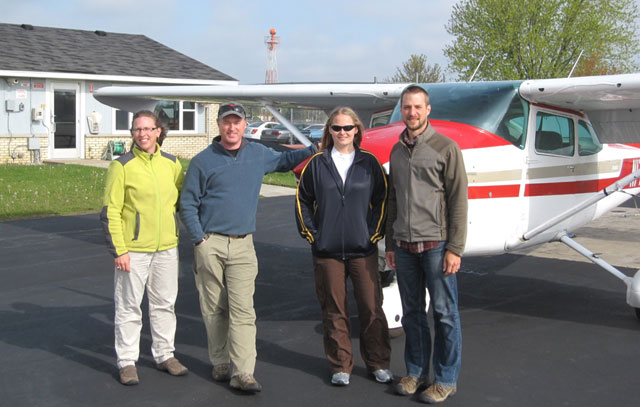 When the call goes out to help save an injured or endangered animal, there’s usually not much time to act.

That’s a harsh reality of nature—and a call to action for a special group of general aviation pilots eager to put their skills and resources to use in a crisis.

Environmental organizations say they count on those pilots to fly their own aircraft—sometimes great distances—to meet an astonishing variety of rescue and research needs. Whether the victim is a mauled mountain lion cub, a stunned group of sea turtles, or a whooping crane that won’t stay put on its nest, aircraft from 48-year-old taildraggers to new light bizjets await the call, and their pilots relish the unique missions.

Whooping cranes are an endangered species whose numbers dwindled to 21 about 60 years ago. When a reintroduced flock in and near the Necedah National Wildlife Refuge in Wisconsin started fleeing their nesting sites this spring, biologists from the International Crane Foundation had a theory: black flies and other biting insects were tormenting the birds. 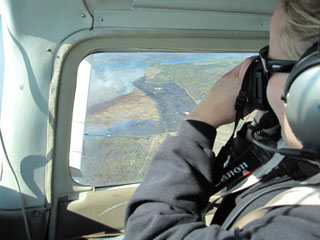 The scientists fought back with a biological control agent, but aerial surveillance was necessary to determine if the plan was working for the cranes, that now number an estimated 600.

Jamie Gamble of North Granby, Conn., a volunteer pilot for environmental aviation organization LightHawk, flew his Cessna 182 to Baraboo, Wis., to help with the work.

Accompanied by a scientist, he flew two missions a day, inspecting nesting sites and radio-tracking a whooping crane pair that had not yet settled in. He worked on the project for 10 days.

“It was a huge dose of aviation,” he said in a phone interview.

The flights were a new kind of assignment for private pilot Gamble, who has flown about a dozen missions for LightHawk, a volunteer-based organization established in 1973 that now has a list of about 200 pilots.

Not accustomed to the long shifts in the air, Gamble said that flying six to eight hours a day gave him new respect for the challenge of staying mentally sharp in the cockpit.

Another plus from the experience: “I learned a lot about whooping cranes.”

Downtime in Baraboo flew by thanks to the camaraderie of a close-knit local airport community and a supportive fixed-base operator.

“There was a really great group of hangar fliers every morning at the airport, kind of a classic group of experimental builders, taildraggers, and a UPS cargo guy there,” he said. “It was really a fun group of people.” 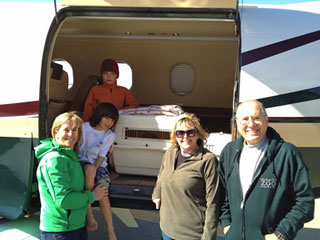 Jim Knowles is the fixed-base operator at Maine’s Sanford Regional Airport. He flew his 1964 Piper PA-18 Super Cub to Baraboo to take part in the whooping crane effort.

“The flight consisted of a 25-minute commute to the wetlands, then flying to the individual nests,” he said in an email. “I'd circle the nest at about 1000 (feet) agl while the scientist recorded his/her observations. The birds were tagged with radio beacons so we could locate them if they were off the nest.”

Knowles, who said he learned about LightHawk at a past AOPA Aviation Summit in Long Beach, Calif., stayed a week in Baraboo. Then he continued west to attend a McCall Mountain/Canyon Flying Seminar in Utah.

“Hopefully I'll be able to fly for the International Crane Foundation again,” he said.

When several endangered Kemp’s ridley sea turtles were rescued in the Boston area in January after being discovered stunned by the cold, an aquarium home was offered them in South Carolina—if they could get a ride south.

“As it happened, there was an Eclipse Jet in Boston that weekend for the Eclipse Jet Experience,” said an Eclipse Aerospace release, noting that CEO Mason Holland welcomed the unexpected passengers aboard. (Some months later, Holland participated in releasing the six Kemp’s ridleys—one named Mason—and one hybrid, named Eclipse, back into the wild.) 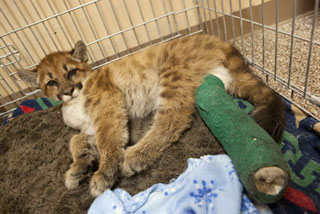 “A sea turtle rescue is a cool thing to be part of,” Holland said.

Mountain lion cubs named Cypress and Ash and their followers online can be grateful that a pilot from Denver, Colo., cared, and got involved. LightHawk tells the story of the orphaned cubs’ rescue, starving—and in Cypress’s case, badly injured—after their mother was killed by a man defending his peacocks in San Jose, Calif.

LightHawk pilot Joy Covey transported the two crated cubs in her Pilatus PC-12 turboprop to their new home at the Southwest Wildlife Conservation Center in Scottsdale, Ariz., where the cubs are now receiving medical care, and thriving.

A trek from captivity to the world was in store for several captive-bred Aplomado falcons, considered extinct in their northern range.

Their means of transport would be a Cessna 210 piloted by Carl Mattson and Julie Boyd of Denver. The pilots donated the flight from Boise, Idaho, to Mustang Island State Park in Texas where grassland habitat suits the birds, said LightHawk in a June 27 news release.

Since 1984, the Peregrine Fund has released Aplomados raised at its World Center for Birds of Prey in Boise. In the last three years, volunteer pilots have transported more than 200 of the birds.

“Fast flights on private aircraft are the best way to ensure that the chicks arrive with little stress and in good overall health,” said Bill Heinrich, the fund’s species restoration manager.