Get the app Get the app
AOPA will be closed July 4th, in observance of the Independence Day holiday. We will reopen at 8:30 am ET on Tuesday, July 5.
News & Media Epic turboprop to be certified by Russian owner

Epic turboprop to be certified by Russian owner 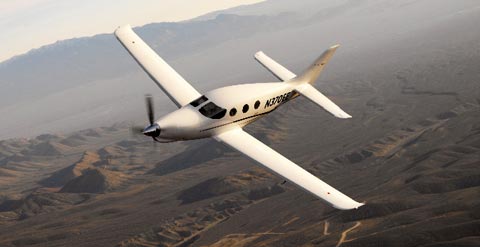 Up to this point the only way to get an Epic turboprop was to buy a kit and build it yourself. That will change if current plans are successful. Epic Aircraft has fresh financing from a new owner, Engineering LLC in Russia. Company officials say that in “two to four years” you’ll be able to buy a certified, factory-built Epic. If you can’t wait, kits are still available.

Epic Aircraft, a Bend, Ore., company, will continue to be guided by Doug King, one of the former builders who tried to rescue the company after it went bankrupt in 2009. After Chapter 7 bankruptcy, a Chinese firm bought the company and operated it in partnership with the builders’ group—whose bid for the company had been rejected in court. The plan then was, as now, to certify the aircraft but continue kit sales. Owners of current aircraft built from kits will be offered an upgrade path to purchase a certified aircraft. Capabilities offered by Engineering LLC will speed construction of kit parts. A board of advisors and customers from both the American and Russian companies will offer guidance.

The company plans to hire 10 workers immediately, with more to come in the near future, for certification efforts. The original owner had done some work on certification, but that data has expired and must be redone. Kits are sold in the Experimental market.

The Epic models are called the Epic LT and Epic Escape. Engineering LLC is described as one of Russia’s top maintenance, repair, and overhaul companies. King has now finished the personal aircraft he purchased and plans to display it at the upcoming Sun `n Fun in Lakeland, Fla., at the end of the month.