Get the app Get the app
Already a member? Please login below for an enhanced experience. Not a member? Join today
News & Media Small success for safety 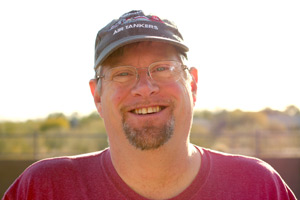 Even in Alaska’s wide open spaces, a badly placed cell tower can create problems for aviators. On the Talkeetna Spur Road, a cell tower under construction posed a potential hazard. This is on the busy air route into Talkeetna—the premier gateway airport providing access to Denali National Park and Reserve, as well as near an active floatplane lake.

At 120 feet in height, the tower was not tall enough to meet FAA requirements for lighting. But Dave Earl, AOPA Airport Support Network volunteer at Palmer Municipal Airport decided that conditions near Talkeetna warranted a higher standard. So he spearheaded an effort to persuade the local government authority—the Matanuska-Susitna (Mat-Su) Borough—to require the cellular company to light the tower.

Enlisting the aid of Jane Dale, Airport Support Network volunteer at Willow, the Mat-Su Aviation Advisory Board adopted a resolution that recommended lighting the tower. With that in hand, the borough’s Planning and Land Use Department made lighting a condition of the tall structure conditional-use permit it issued for the project. Specifically, it required an aviation hazard beacon that conformed to FAA marking requirements.

Earl’s concern for the safety of pilots was a driving force in being proactive and is a great example of how a small success can make a big difference. Even when the law won’t require safety, as an ASN volunteer or as a concerned pilot, you can educate local decision makers to do the right thing.