Get the app Get the app
AOPA Members DO more LEARN more SAVE more - Get MORE out of being a pilot - CLICK HERE
News & Media Stallion 51: Making P-51 pilots for 25 years

Lee Lauderback has spent his career nearly the way he dreamed—as a fighter pilot. The actual dream was to do that in the military, but he couldn’t read that last line of the eye chart. So on March 24, exactly 25 years ago, he and his partner made two promises. He promised the bank he had a military contract for training in a North American P-51 Mustang, and he promised the military that he had a P-51. The bank bought the story, he bought the airplane, and the U.S. Navy gave him the contract.

The airplane was Crazy Horse, acquired in 1987 and in mint condition today. It can take him from Kissimmee to Lakeland, Fla., in 12 minutes.

He wanted to stay in the cockpit as long as possible, but in the military he likely would have been promoted to a desk. Stallion 51, his training facility at Kissimmee, Fla., has allowed him to remain a pilot for his whole career.

In addition to P-51 training, the school offers training in a North American T-6.

The business is expanding to include unusual attitude training in an Aero Vodochody L-39 turbojet. A three-hour introductory course teaches pilots, such as those flying corporate jets, first to avoid unusual attitudes, and if that is not possible, to recover. The program serves as an introduction to the full program. The full course adds additional ground briefings on both medical and aerodynamic aspects of unusual attitudes, and includes a two-flight program that includes both VFR and IFR prevention and recoveries.

Lauderback’s company has initiated efforts to preserve the history of the P-51 under company vice president Angela West, including two “Gathering of Mustang” celebrations that brought together a large group of Mustangs along with the legends that flew them. Some of them have since died, but were able to tell their story before they died. West heads The Gathering Foundation that has spent four years completing a book, The Gathering of Mustangs and Legends; The Final Roundup .

Lauderback is also an airshow performer who is scheduled to perform a routine at dusk on March 30 during Sun 'n Fun in Lakeland.

Given all that he and West have accomplished, are there any goals left? Just one. After all these years, he has never fired the guns of a P-51. It’s a goal he is actively pursuing. Look for him to accomplish it. 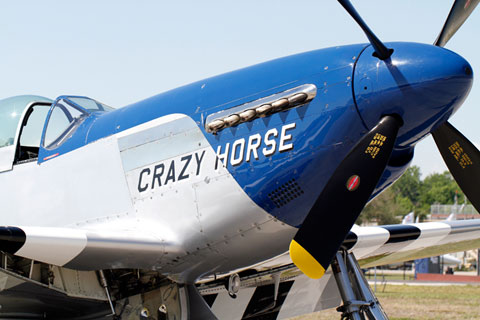 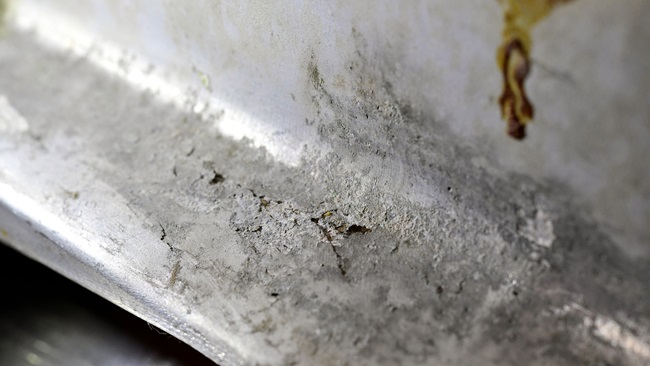 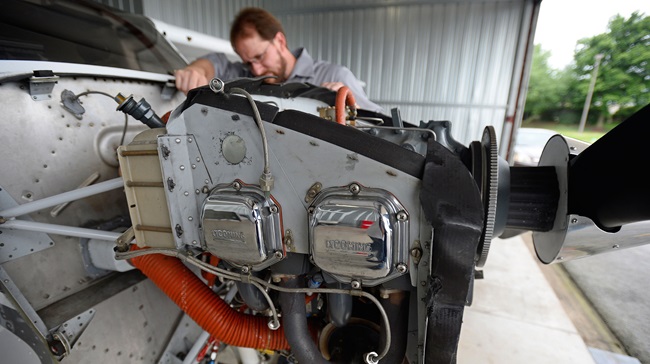