Get the app Get the app
AOPA will be closed July 4th, in observance of the Independence Day holiday. We will reopen at 8:30 am ET on Tuesday, July 5.
News & Media Acting FAA chief nominated for full term 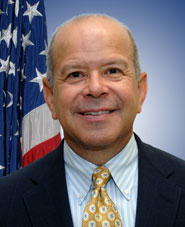 President Barack Obama has nominated Michael Huerta, acting administrator for the FAA, to a full term heading the agency.

Huerta was confirmed as the FAA’s deputy administrator in 2010 and stepped into the role of acting administrator after the resignation of Administrator Randy Babbitt. The transportation official has held positions at ports, in the U.S. Department of Transportation, in the private sector, and handling transportation issues for the 2002 Olympic Winter Games in Salt Lake City, Utah.

"We congratulate Michael Huerta on being nominated as FAA administrator,” said AOPA President Craig Fuller. “We have appreciated the attention he has given to the concerns of general aviation and look forward to a constructive and productive working relationship.”

Prior to joining the FAA, Huerta held senior positions at Affiliated Computer Services, now a Xerox company specializing in business processes and information technology, according to the FAA website. He has served as commissioner of New York City's Department of Ports, International Trade and Commerce, and executive director of the Port of San Francisco; and held senior positions in the U.S. Department of Transportation in the 1990s.

According to the FAA, Huerta’s “reputation for managing complex transportation challenges led him to the international stage when Huerta was tapped as a Managing Director of the 2002 Olympic Winter Games. … Huerta was critical in the planning and construction of a variety of Olympic transportation facilities, as well as the development of a highly successful travel demand management system that [ensured] the transportation system operated safely and efficiently.”

As deputy administrator, Huerta discussed the confirmation process, ongoing programs within the FAA, and investing in technology for the future on AOPA Live at AOPA Aviation Summit.