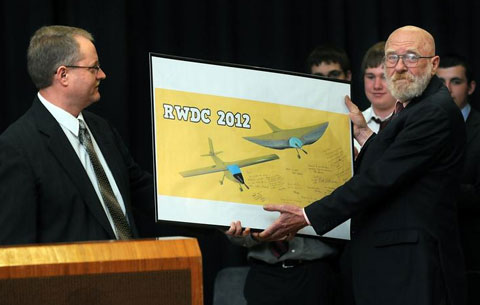 Colleagues, friends and fellow aviators said general aviation lost one of its most steadfast and selfless supporters with the sudden death on April 27 of G. Robert “Bob” Stetson.

Stetson, owner of Marlboro Airport, was 66.

“There is likely no other single person in Massachusetts who has been more passionate and supportive of aviation in the commonwealth,” said AOPA Northeast Regional Manager Craig Dotlo.

Stetson, an engineer who worked at Raytheon Co. for 35 years, began contributing to aviation long before he learned to fly himself. He took particular pride in designing a system for transmitting precision approach radar data into cockpits. In 1991, he earned a private pilot certificate, and in 1999 purchased the airport, with its single 1,659-foot runway, that he defended with ferocity.

“I will do anything, repeat anything, that will constructively bring aviation and airports the respect that they deserve,” Stetson wrote in a recent email to Dotlo. “If laying my neck on the chopping block serves those ends, so be it. Marlboro Airport is dear to my heart and is my home. Quite literally.”

Stetson was instrumental in the creation of a caucus of GA-minded state lawmakers in Massachusetts, according to state Department of Transportation Aeronautics Administrator Chris Willenborg.

“With his expansive knowledge of airplanes, he was the perfect mentor,” Hanson told the newspaper. “We really think that’s what he lived for, especially during these last two years. His wife would say that he’d never been happier.”

When heavy equipment deployed for a 2010 presidential visit to a nearby emergency management facility left ruts on his field, Stetson locked horns with the federal government in a court battle that remains unresolved.

Stetson was an active member of the Massachusetts Aviation Management Association, and his focus was always on the greater good, said MAMA Executive Director David V. Dinneen, who recalled a Stetson remark: “‘David, while everyone is comfy cozy sitting at home doing whatever, I'm thinking about ways to encourage people to fly,’" Dinneen quoted, adding that Stetson supported aviation in many ways. “Whether it was talking to a flight instructor about proper technique into a short field or to a state legislator about the value of small general aviation airports, Bob was always teaching.”