The Warrior was Piper’s second most popular model in the first quarter of 2012, with eight deliveries reported. (AOPA file photo)


Boosted by stronger-than-expected international sales, Piper Aircraft logged a 20-percent increase in revenue for the first quarter of 2012, compared to the same period a year ago. CEO Simon Caldecott said in a company news release that the data represents a “good start” to the year, and “it also continues an upward trend in first quarter results for the past three years.”

Piper has bucked an overall trend, tallying sales increases in an industry still struggling to recover from the economic collapse that began in 2008.

Piper delivered 37 aircraft during the January-March quarter, with the pressurized piston Mirage leading the pack with 12 sales, both international and domestic. International sales account for 21 of the 37 total deliveries. Caldecott said a global sales strategy is bearing fruit.

“Thus far this year in Europe, for example, our delivery and order-taking performance for M-Class business airplanes and also our smaller aircraft is far outstripping our sales projections for that part of the world, and we are pleased with that,” Caldecott said.

M-Class aircraft—the Meridian, Mirage, and Matrix—accounted for 20 of Piper’s 37 deliveries during the quarter. Revenue increased to $31.6 million from $26.2 million in the first quarter of 2011.

The Warrior III trainer was the second most popular aircraft in the Piper fleet, accounting for eight deliveries, followed by the turboprop Meridian which logged six deliveries. 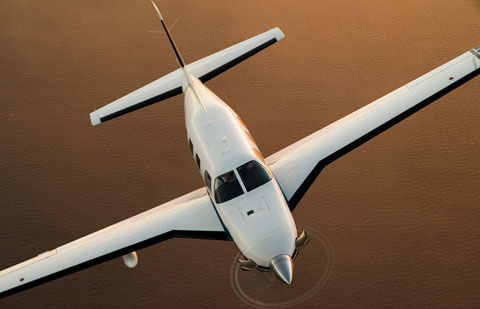 The turboprop Piper Meridian, updated for 2012, accounted for six of Piper’s 37 deliveries in the first quarter. (AOPA file photo)