Get the app Get the app
AOPA will be closed July 4th, in observance of the Independence Day holiday. We will reopen at 8:30 am ET on Tuesday, July 5.
News & Media Bombardier, Cessna announce new jets

The jet market is described by Analyst Richard Aboulafia as “an absence of pessimism,” and that, given the past four years, is seen as an improvement. Optimism is either not expressed or is done so with caution. In this environment, two manufacturers have launched three new models. 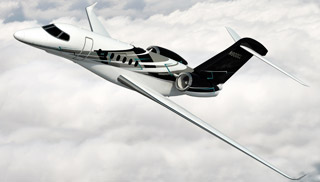 Cessna’s super mid-size Citation Longitude jet is aimed at the upper end of the market that seems to be doing better than smaller jets—the $25-million-and-up business jet. The company announced the $25.999 million jet, the first new model since last year’s Citation Latitude and the M2, as Cessna’s longest-range jet. It features a six-foot, flat-floor cabin.

The Longitude will fly 4,000 nautical miles at a maximum cruise speed of 490 knots true airspeed, and features Garmin G5000 avionics. It is forecast to enter service in 2017 and will carry a crew of two (with an option for a third crew seat) and up to eight passengers. Two Snecma Silvercrest 11,000-pound-thrust engines power it.

Bombardier Aerospace introduced the $11.5-million Learjet 70 and $13-million Learjet 75 that both have ranges greater than 2,000 nm and cruise speeds up to Mach 0.75. The two will enter service as early as the first half of 2013 and will be powered by Honeywell engines. Both feature Garmin G5000 avionics.

Bombardier officials told reporters at this week’s European Business Aviation Convention and Exhibition (EBACE) in Geneva that while smaller jets have suffered industry-wide, Bombardier has done better than most.