Get the app Get the app
Already a member? Please login below for an enhanced experience. Not a member? Join today
News & Media Private rocket launches for space station docking 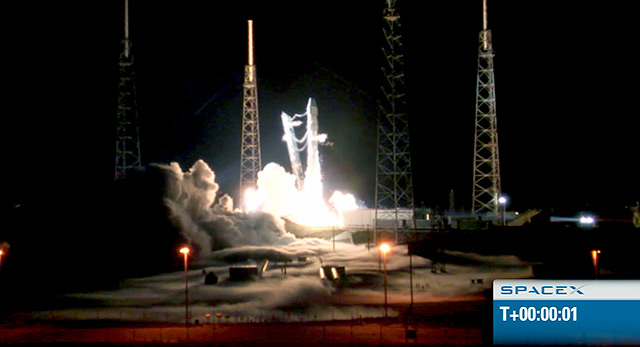 The Falcon 9 rocket’s engines ignite May 22, kicking off SpaceX’s attempt to be the first private company to dock a spacecraft with the International Space Station. Photo credit: SpaceX.

The Falcon 9 rocket’s engines ignited in the early-morning darkness May 22, launching a mission to send the first commercial spacecraft to rendezvous with the International Space Station.

The demonstration mission represents the latest development in Space Exploration Technologies Corp.’s (SpaceX’s) bid to supply cargo and ultimately crew to the space station. The unmanned Dragon spacecraft performed a series of maneuvers in a flyby of the station early May 24 to test its systems before the berthing, planned for early May 25. As of midday May 24, the docking was expected to proceed on schedule.

Leading up to the launch, SpaceX had worked to temper expectations for the flight, emphasizing the complexity of the task and that it was to be followed by two more planned demonstration flights. Several delays and an aborted launch May 19, when the flight computer detected high pressure in an engine combustion chamber, preceded the successful launch May 22. 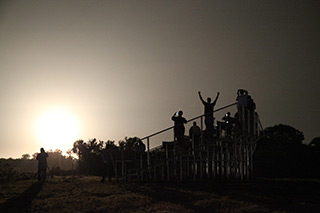 When Falcon 9 and Dragon lifted off at 3:44 a.m. Eastern time from Cape Canaveral Air Force Station, a crowd of employees watching remotely at the company’s California headquarters erupted in cheers. “For us, it was like winning the Super Bowl,” said SpaceX CEO and Chief Designer Elon Musk.

Assistant to the President for Science and Technology John P. Holdren hailed the SpaceX launch as representative of the potential of “a new era in American spaceflight” in which an expanded role of the private sector frees up more NASA resources “to do what NASA does best—tackle the most demanding technological challenges in space, including those of human space flight beyond low Earth orbit.”

Under this new model, private companies are expected to deliver regular cargo shipments to the International Space Station. The flight is SpaceX’s second demonstration mission under NASA’s Commercial Orbital Transportation Services program; it became the first private company to re-enter a spacecraft from orbit in 2010. NASA’s other commercial partner in the program, Orbital Sciences, plans to perform its own test flight later this year.