Get the app Get the app
AOPA will be closed July 4th, in observance of the Independence Day holiday. We will reopen at 8:30 am ET on Tuesday, July 5.
News & Media Pilots are optional in Firebird

Pilots are optional in Firebird 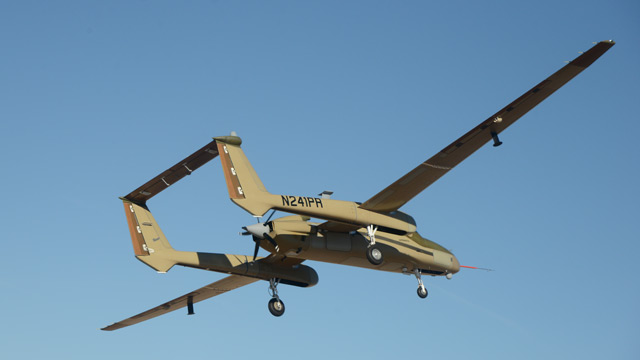 One of the last designs fully supervised by Burt Rutan before his retirement from Scaled Composites has reached the production level, and pilots are optional. Northrop Grumman, the parent company for Scaled Composites since 2007, has named the surveillance aircraft Firebird. It can carry two pilots, or not.

A Garmin G3000 avionics suite with three 14-inch displays can be removed, the canopy replaced by a satellite antenna (if operating beyond line of sight), and flown as an unmanned aircraft, staying aloft 24 to 40 hours with a single Lycoming TEO-540E engine. After its mission, the avionics can be slid back into the panel, the canopy attached, and flown by pilots to the next mission site. 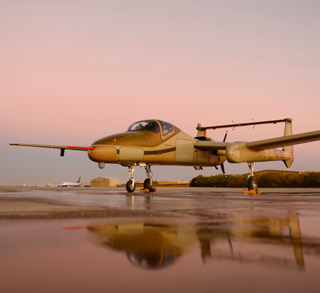 The production model entered testing with a first flight on Nov. 11. It has 72-foot wings, rather than the 65-foot wings used on earlier prototypes since 2010, and can carry 1,240 pounds of surveillance or radar equipment. If needed, surveillance missions can be flown with a pilot and a systems operator. During a military exercise the craft provided cellphone service to the battlefield. It can operate as high as 32,000 feet at 200 knots true airspeed, and has a takeoff weight of 6,650 pounds.

It was built for an undisclosed customer. Plans are to build 10 of the aircraft. In an interview with Aviation Week, company officials said they intend to build them for $10 million each including avionics and a sensor suite. The aircraft means competition for the Hawker Beechcraft King Air and Cessna Caravan, company officials told the magazine, since it has greater endurance and versatility. The huge wings and twin fuselage booms provide lots of attach points for systems.