Get the app Get the app
Already a member? Please login below for an enhanced experience. Not a member? Join today
News & Media Aircraft designers crafting more bird-like wings 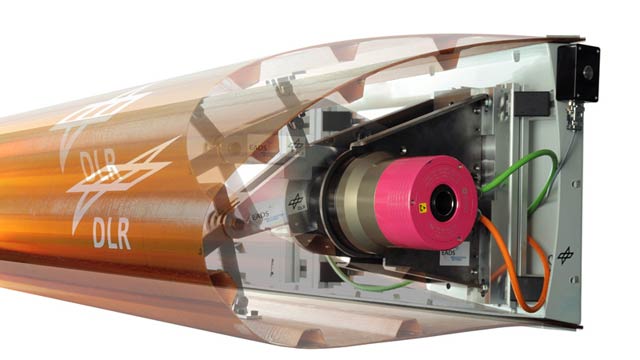 A leading edge that can change its shape was tested in August and September in Russia. Photo courtesy German Aerospace Center (DLR).

Turns out, those bicycle mechanics from Ohio were on to something with those warping wings of theirs. The invention of ailerons and flaps relegated warping wings to the sidelines, but a growing number of aeronautical engineers are turning back to that page and developing wings that are more distinctly bird-like, able to change their shape to best suit a given phase of flight, or offer more precise control.

The various approaches hold promise to produce future aircraft that are more nimble, efficient, and quiet. There’s a chance that pilots of the future may not even know what an aileron is without cracking open a history book, or a flap, for that matter. Leading edge slat? What’s that?

The slats, which are needed on heavy airliners to boost lift at low speeds, are the target of a European collaboration—the German Aerospace Center (Deutsches Zentrum für Luft- und Raumfahrt; DLR), is working with Airbus, EADS Innovation Works, and Cassidian Air Systems. Wind tunnel tests conducted in August and September in Russia showed promise for another strategy: change the shape of the leading edge using piston actuators inside that change the shape of a composite leading edge. The design still needs to be refined to handle icing, lightning, and bird strikes, but the initial results show promise: a 12 percent reduction in drag, and a noise reduction, achieved by eliminating the gaps between control surface and wing.

Another approach to warping wings was demonstrated in 2010, with successful test flight of a radio controlled model airplane controlled with similarly seamless surfaces.

Demonstrated in a YouTube video, the concept model responds to control inputs with curling deflections of portions of the wing, and horizontal and vertical stabilizers that correspond to where standard control surfaces would be placed. Instead of actuators or servos, the lightweight design uses a small microchip to coordinate electrical current, energizing and de-energizing strips of macro fiber composite (MFC) materials—a NASA invention from 2000 now licensed to private manufacturers. The wings and stabilizers are filled with MFCs, able to twist and deflect, driven by materials that act more like muscle than machine.

“I think of it as like a bird (that) moves its feathers independently,” said Daniel Inman, chairman of the aerospace engineering department at the University of Michigan.

A team at Virginia Tech flew in 2010 a radio controlled model aircraft with control surfaces that warp instead of pivoting on a hinge and are actuated by an electrical current applied to specialized fibers. Photo courtesy Onur Bilgen, Old Dominion University.

Inman and a team of students at Virginia Tech got the concept to fly, demonstrating its potential in 2010 and producing academic papers—and a video posted on YouTube. The footage shows the first flight tested fixed-wing aircraft controlled by piezoelectric materials—materials that change shape in response to current, according to the research team. (The same kinds of materials are used in many other applications, including automotive ignition systems and push button igniters on many gas grills. The button compresses a piezoelectric bundle, which results in an electrical charge, and spark.)

The aerodynamic advantages of this approach include better lift to drag ratios and increased roll moments. Controls of this type respond much faster than the traditional. Imagine how fast an Extra 300 might roll with this type of control, and it’s enough to scare a person.

Inman said that while the Air Force has taken notice, among others, this particular approach—macro fiber composite controls—is not yet suitable for large-scale aircraft. The relative light weight of the materials and the forces required to bend metal alloys or composites at a scale above small unmanned vehicles, are challenging obstacles.

One of his former Virginia Tech students, Onur Bilgen, who earned his doctorate with the wing morphing work and now teaches at Old Dominion University, said in an email--and has written in various academic articles--that he expects morphing wings and control surfaces will eventually become the standard for aviation in general. Another member of that team, John Ohanian of AVID LLC, is also working on flight tests.

“We have performed many flight tests over the summer with two different aircraft that have only morphing flight control actuation,” Ohanian wrote in an email. “I can't really give any details without Air Force review of the information, but a general outcome was that the morphing flight vehicles flew successfully and were described by the pilot as ‘responsive.’”

The idea has come full circle in more ways than one: Kevin Kochersberger, another member of the Virginia Tech team who continues to research the next generation of wing morphers today, was also the pilot who played the role of Orville Wright in the December 3, 2003, reenactment, on the centennial, of the first flight of the Wright Flyer. That, Kochersberger noted in an email, was the first morphing wing design to fly.