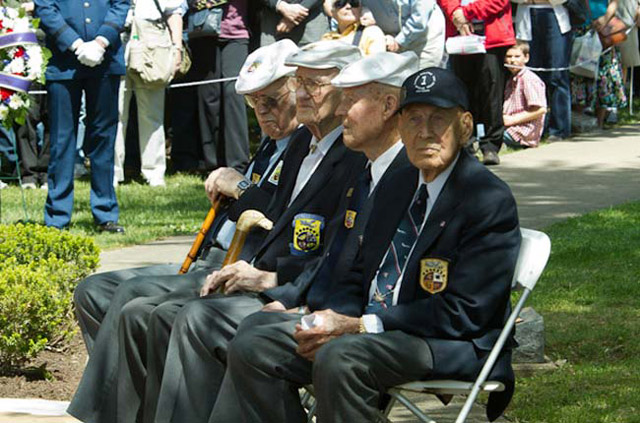 A group of young men volunteered for a dangerous secret mission, putting their country before their lives. It was simple: Their country was at war, and it was their duty to defend it. On April 18, 1942, 80 young men launched in North American B-25 Mitchell bombers off the USS Hornet and headed for Japan. (See “Secret Mission,” October 2012 AOPA Pilot.)

Their successful strike on Japanese soil—against mounting odds—has been credited as the turning point of World War II in the Pacific that led to the U.S. win at the Battle of Midway. Now an effort is under way to honor these men, the Doolittle Tokyo Raiders, for their heroism with a single Congressional Gold Medal.

Sen. Sherrod Brown (D-Ohio) and Rep. Pete Olson (R-Texas) have introduced bills to award “a single gold medal of appropriate design in honor of the World War II members of the 17th Bombardment Group (Medium) who became known as the ‘Doolittle Tokyo Raiders,’ in recognition of their military service during World War II.”

Only four of the 80 men remain, and Brian “Bear” Anderson, sergeant at arms for the Doolittle Tokyo Raiders, is working to gain support on Capitol Hill to honor them while they are still living. Thomas C. Griffin, a navigator on Crew No. 9, recently died in February at the age of 96.

Anderson, who has spent weeks visiting the offices of members of Congress to garner support, said he wants the living Raiders to know that a “grateful nation did recognize them.” The medal would be given to the National Museum of the United States Air Force and put on display. Anderson is asking people to contact their representative and senator to support the bills.

The remaining Doolittle Tokyo Raiders will gather for their seventy-first anniversary April 17 through 20 in Fort Walton Beach, Fla., for their last public reunion.