Get the app Get the app
Already a member? Please login below for an enhanced experience. Not a member? Join today
News & Media Bizjet concept aims to shatter sound barrier in near-silence 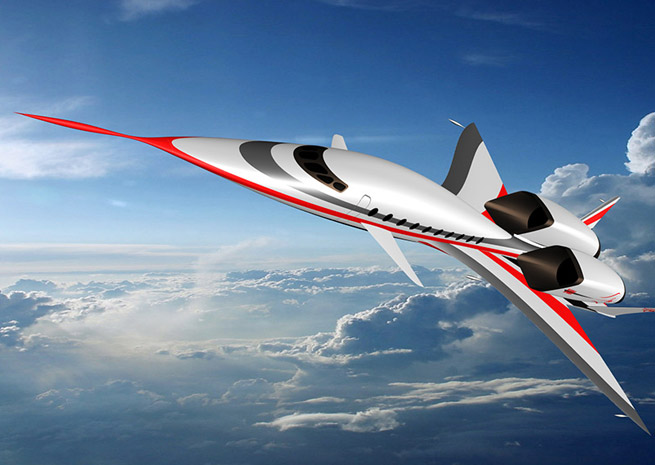 If Richard Lugg has his way, the next generation of supersonic civilian aircraft will shoot through the sky powered by engines that turn out a massive electrical charge, much of it converted into thrust with megawatts left over to silence the sonic boom. 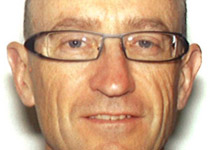 Lugg, a veteran of past NASA efforts to shatter the sound barrier, founded a pair of companies—HyperMach Aerospace Industries and SonicBlue Aerospace—that have worked quietly for more than a decade to refine revolutionary designs aimed at near-silent supersonic flight—one focused on the airframe, and the other building the powerplant.

In the coming fall, the team will head to a wind tunnel to begin proving a concept that could radically change high-speed aviation in both the civilian and military world.

“We’re excited about that,” Lugg said. “The data says that we will be able to achieve the numbers that we need to achieve.”

Building an aircraft that can turn New York to Tokyo into a two-hour trip remains an elusive and coveted goal, one that continues to spark efforts by aerospace giants and upstarts alike. A decade after the death of Concorde, engineers are toiling and private and public investors are betting millions that a solution to the sonic boom (among the principal technical challenges) that precludes flight over populated areas is within reach. To make such an aircraft economically feasible, it must have engines that push it faster than Concorde on a fraction of the fuel.

“You’re not going to get that with any engine that exists today,” Lugg said.

The engine Lugg has in mind would incorporate turbine stages not connected by a shaft, each able to rotate independently at the optimal speed for maximum aerodynamic efficiency at any given phase of flight. They would spin in electromagnetic fields, using the same principle that allows high-speed trains to float frictionless above an energized track. The engine is a hybrid of turbofan, turbojet, and turbo ramjet, able to generate 40 MW of electricity that powers engine components with about 9 MW of surplus electricity available to power a plasma field generator used to reshape airflow around the aircraft and tame the pressure wave, turning sonic boom into a sound similar to rustling leaves on the ground, “which is not what people experienced when Concorde was flying,” Lugg said. “It was destructive.”

Lugg believes the wind tunnel tests to come will validate the concept. “We think we’re on the path to a very solid solution.”

Much of the technology has been proven, Lugg said, noting that the electric turbine paradigm succeeded in a demanding U.S. Navy trial of an unmanned vehicle. Lugg has secured various patents, and aviation is not the only industry taking notice: The power-generation paradigm, which also incorporates superconducting ring generators to achieve a quantum leap forward in energy production, has brought interest from the electric utility industry.

“They’re all over us,” Lugg said. “Right now it’s a bit of a distraction, but it’s a good distraction to have.”

SonicStar is the first concept aircraft to take shape that will utilize the patented Magnetic Advanced Generation Jet Electric Turbine (MAGJET) system, which has evolved into supersonic and hypersonic variations (S-MAGJET and H-MAGJET). SonicStar is a design with visual similarities to concepts being developed by Aerion Corp. That and other efforts are funded in part by NASA, which is also collaborating with Boeing.

SonicStar is not the only aircraft Lugg has in mind: He also plans to produce a suborbital transport-class aircraft using another hybrid engine technology. The company’s first appearance at the Paris Air Show in 2011 sparked plenty of interest from airline operators in a technology that would dramatically improve fuel efficiency, and Lugg said such an aircraft is also in the works.

“We have in development another program…which we have not talked about until this moment,” Lugg said. “You will hear about that later on.”

For SonicStar, Lugg’s team—including veterans of various well-known aerospace firms—has upped the ante from Mach 3.3 to Mach 4 at 62,000 feet, edging toward the top end of the supersonic speed range (hypersonic speeds begin at Mach 5). The final engine design may run on traditional jet fuel formulations, or hydrogen, which would yield virtually emission-free performance. That and many other questions remain to be resolved.

Lugg said a core staff of 17 individuals with expertise spanning the scope of aerospace design and production has collaborated with researchers and universities, including the Massachusetts Institute of Technology, in years past, leveraging powerful computers to test theoretical approaches to the many different challenges involved in high-altitude, high-speed flight.

Lugg said he hopes to sell HyperMach and SonicBlue once the technology is proven, and possibly even before the first prototypes are flown. Lugg hopes SonicStar will be ready for certification in 2023, though much of the technology still needs to be refined and perfected for that to happen.

“We’ve got our hands full, we’re very much aware of that,” Lugg said.