Get the app Get the app
Already a member? Please login below for an enhanced experience. Not a member? Join today
We will be performing maintenance on our systems Sunday, 5/22/2021, beginning at 12:00 A.M. ET and ending at 6:00 A.M. ET. During this time, you may experience intermittent service outages. We appreciate your patience.
News & Media Supersonic bizjet wing enters new test phase 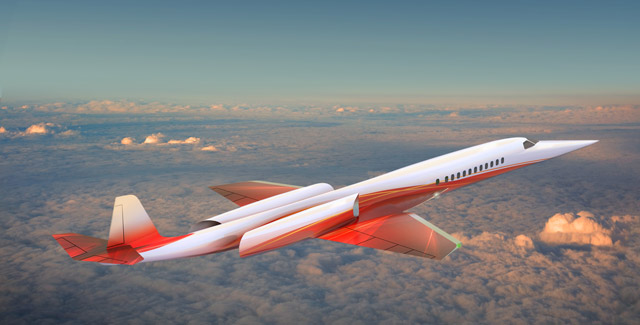 The Reno, Nev., firm working to shatter business jet speed records by going supersonic announced Feb. 14 that flight testing has begun on a refined wing design. NASA’s Dryden Flight Research Center has attached a scaled-down section of the supersonic natural laminar flow wing to the belly of an F-15B for flights to Mach 2.0. Aerion Corp. plans to match that airfoil with an airframe reminiscent of the Concorde, powered by Pratt & Whitney engines. Like the Concorde, the business jet will ultimately be limited to subsonic speeds over the United States, unless sonic boom regulations are changed. Over water, the jet is projected to cruise up to Mach 1.6, making a 90-minute trip from New York to Miami, and just over four hours from New York to Paris (compared to more than seven hours at subsonic speed).

Chief Technology Officer Richard Tracy patented the supersonic natural laminar flow wing design in 1994, and has worked on a variety of aircraft designs, both well-known names and secret defense projects.

Aerion’s Supersonic Business Jet has 20 years of research behind it. Test flights of the new 40-inch by 80-inch wing section began Jan. 31, the company announced. A NASA spokesman said budget constraints and maintenance issues with an aging fleet of supersonic aircraft may lead to delays. A recent afterburner failure postponed a planned F-15 test flight, and limited availability of parts and support from the U.S. Air Force can sometimes delay repairs up to a month.

Aerion hopes to conduct 10 flights over a six- to eight-week period, measuring temperature and airflow.

“The Aerion SBJ design utilizes patented applications of natural laminar flow for efficiency and speed, so understanding the parameters under which such an aircraft will be built and operated is fundamental to proving its viability,” Tracy said in a press release. “Our continued mutually beneficial relationship with NASA Dryden, plus a separate agreement with NASA Glenn Research Center on supersonic inlet software maturation announced last year, advances the theory and application of aerodynamics with the ultimate goal of safe flight at higher speeds compared to today's subsonic civil aircraft.”

Aerion announced in January the promotion of CEO Doug Nichols, who previously served as chief operating officer, and prior to that was a senior executive at Boeing, where he worked for nearly 30 years. A number of veteran aerospace executives drawn from the ranks of Boeing, Bombardier, and other major firms also serve in various capacities. 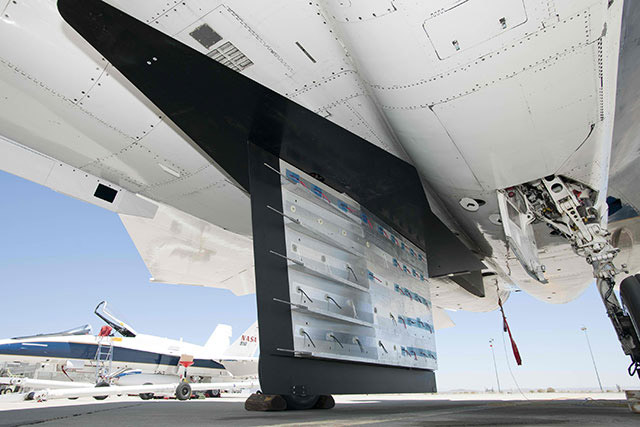