Get the app Get the app
Already a member? Please login below for an enhanced experience. Not a member? Join today
News & Media Response, lessons learned from sheriff in glider arrest

After a story about the July 26, 2012, arrest of a glider pilot for flying in unrestricted airspace over a nuclear power plant made waves in the aviation community and beyond recently, the sheriff’s department that made the arrest gave its perspective on the incident.

An outcry among pilots had followed the publication of an article and video segment on AOPA.org and spread via social media. Comments streamed in from pilots across the country and around the world, and the story spread beyond the aviation community to others concerned about government overreaction. A department spokesman had not returned calls from AOPA leading up to the publication of the story, but Darlington County, S.C., Sheriff J. Wayne Byrd offered responses to some of the most common critiques from pilots after its publication. Byrd explained the decisions that led to the breach of peace charge, acknowledged mistaken assumptions that exacerbated the situation, and said the department had learned lessons on how better to respond in the future in a phone interview with AOPA Jan. 16. AOPA continues to advocate on the national level on behalf of pilots everywhere who are concerned they could be subject to a similar ordeal.

The prospect of being ordered to land by local law enforcement and arrested for flying in airspace that had no restrictions struck a chord with pilots. On online forums and in email and phone calls to AOPA, glider pilots expressed concern that behavior they considered normal could be treated as a threat. Many pilots expressed anger at the sheriff’s department, and several debated whether Fleming should have pursued legal action against the department. Some reported on the AOPA Forums that the sheriff department’s Facebook page had been taken down after receiving numerous negative comments.

Byrd acknowledged that the department had received many emails and calls, and that the Facebook account had been inundated with comments. He defended the department’s initial response to a call from the nuclear power plant security, but said that department staff probably should have realized earlier that the glider was not a threat. 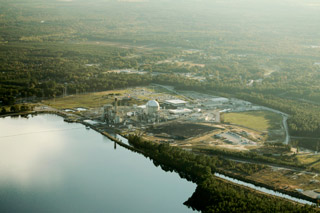 “I’m not taking up for … mistakes that were made, but when you get a call from a facility like that, certain decisions have to be made within minutes and seconds,” Byrd said. “And the de-escalation comes afterwards.”

Unfortunately, the sheriff’s department didn’t de-escalate the situation as much as it should have, he said. But he defended the decision to hold Robin Fleming overnight and charge him with breach of peace. He said the local FBI had told them to hold the pilot for questioning, something they couldn’t do without a charge. The breach of peace charge is minor, he said, used for anything out of the ordinary, especially something that causes a law enforcement response.

Also, Fleming had said that his lawyer had told him outside the closed courtroom that the charges would be dropped if he agreed not to sue the department. Byrd denied that the prosecuting attorney made this suggestion.

Byrd said the sheriff’s office followed procedure for responding to a security issue at the nuclear power plant, contacting local, state, and federal officials. He said the initial call had been that a small craft, a glider or drone, had been circling the plant and had passed within 100 feet of the dome. (Fleming’s flight recorder, which logged data every four seconds, placed him at 1,518 feet msl when it passed over the plant once before circling over the nearby lake; the highest charted obstacle in the area is 577 feet msl.) Byrd said the department hasn’t received similar calls from power plant security, except for once when a helicopter flew over the plant two days in a row; deputies saw that it was Progress Energy contractors doing survey work and security personnel hadn’t been notified, and they did not respond, he said.

He said officers started to realize the glider wasn’t a threat once it was on the ground, and that they probably should have realized that fact earlier. He added that the handling of the situation was affected by “not being familiar with the operation of an aircraft like his, and not having dealt with a situation like this before, and quite frankly, the assumption by the plant, us, and the local and federal agencies that there was a restriction over the plant.”

He said he had not heard from the Department of Homeland Security about airspace issues, and that most law enforcement personnel don’t often deal with aviation. “The only time we have any contact with pilots or anything to do with airplanes would be if there’s a crash,” he said.

AOPA is scheduled to follow up with the Transportation Security Administration Jan. 23 on the incident and the agency’s plans to “continue to work with organizations at all levels of government by providing them with education on airspace matters via the local TSA Federal Security Directors and headquarters engagement” to help those organizations make “informed and effective decisions” about responding to incidents. AOPA and Fleming’s primary concern after the incident was to ensure that a similar incident would not happen again, and so the association has focused on what federal agencies can do to educate law enforcement officials about critical infrastructure sites and on airspace and jurisdiction.

“We will not stop until we are convinced that these processes are working, and preventing this type of travesty from playing out again,” said AOPA Manager of Aviation Security Tom Zecha.

While he said many officers were familiar with glider operations at Bermuda High Soaring, he said a recent call from co-owner Frank Reid helped him and other officers better understand how gliders work. Most were amazed that the nonpowered craft could cover the territory they do and stay aloft as long as they do, he said. He added that the department is “more than willing to do whatever we can to assist pilots and aircraft owners in any way we can.”

Even careful pilots may be accused of violating federal regulations or other ordinances. Fortunately, AOPA offers the Legal Services Plan, which provides pilots with affordable legal defense for alleged federal aviation regulation violations as well as state or local ordinances. For more information on the program, visit www.aopa.org/pps.

"It is distressing, but in a situation like this one all you can really do is be prepared to defend yourself," said AOPA Director of Corporate Partnerships and Products Charlie Becker. "You need to have legal defense from an aviation attorney."